Sarveen Chaudhary is an Indian Politician who belongs to the Bharatiya Janata Party (BJP) and is a Member of the Legislative Assembly (MLA) representing the Shahpur constituency. 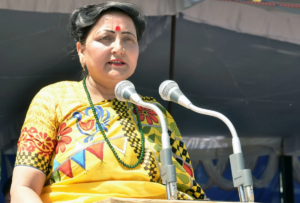 From 2008 to 2013, she was the Minister for Justice and Empowerment. In 2017, she was elected to the State Legislative Assembly for the fourth time, representing Shahpur Assembly. She also holds the Urban, Town, and Country Planning department. 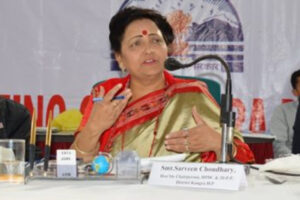 Sarveen was born on 21st January 1966 in Dharamshala, Himachal Pradesh. Her father’s name is Gurdev Singh. Her mother’s name is Swarn Lata.

Sarveen is married to Pawan Kumar. The couple has one son. 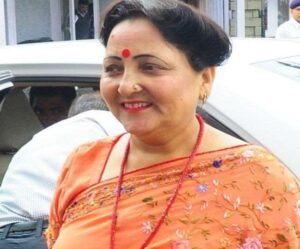 Sarveen has completed M.A in Classical Dance, and classical Bharatanatyam, and Diplomas in Yoga, Painting, and Cookery from Chandigarh.

Some Interesting Facts About Sarveen Chaudhary