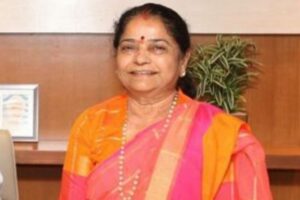 Nimaben started her political journey for the Indian National Congress (INC) in the year 2002. She won the assembly elections in 2002 and 2007. In 2007, her husband and 6 corporators switched parties and joined BJP. She was expelled from the Congress party in 2007 due to anti-party activities when she votes for Bhairon Singh Shekhawat in the Presidential elections. Later, she joined BJP and in 2012 got a ticket to contest the State Assembly elections for BJP from Bhuj. She defeated Amirali Hajihushen Lodhiya of the Congress party by 8,973 votes.

In 2017, she again won the State Assembly elections from Bhuj by defeating Chaki Adambhai Budhabhai of the Congress party by a margin of 14,022 votes.

In 2021, she became the first woman speaker of the Gujarat assembly. She previously served on the Gujarat family planning council. 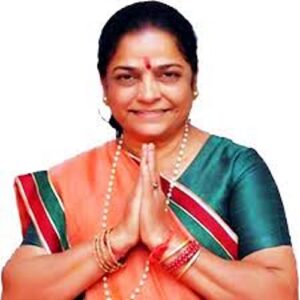 Nimaben was born on 12th December 1947 in Dudhrej, Gujarat. She is married to Dr. Bhaveshbhai F. Acharya, he is a doctor by profession.

Nimaben has studied M.B.B.S., D.G.O., and M.D. (Gynec and Obstetrics) at Gujarat University.

According to some reports, Nimaben has assets of Rs34.7 crore. She has a net worth of Rs24 crore.