Sai Sudharsan was born 15 October 2001 is an Indian cricketer, who has played in the Tamil Nadu Premier League. 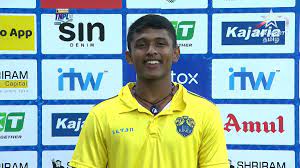 He made his List A debut on 8 December 2021, for Tamil Nadu in the 2021–22 Vijay Hazare Trophy. In February 2022, he was bought by the Gujarat Titans in the auction for the 2022 Indian Premier League (IPL) tournament. In April 2022, he made his IPL debut after Vijay Shankar was ruled out of the match due to an injury.

Sudarshan’s father was an athlete who represented India at the South Asian Games in Dhaka, while his mother was a state level volleyball player. 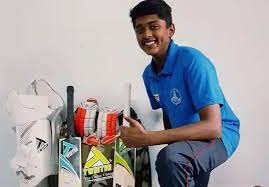 His father’s name is R. Bharadwaj who was a part of the South Asian (SAF) Games, and his mother’s name is Usha Bharadwaj, who has played volleyball at the national level for the Tamil Nadu team. 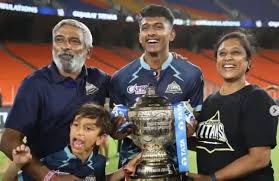 he has completed his initial schooling to graduate from hometown Chennai. And he has graduated in B.Com from Vivekananda College.

Some Interesting Facts About Sai Sudharsan