Rajeev Bindal is an Indian politician and member of the Bharatiya Janata Party (BJP). He is a Member of the Legislative Assembly (MLA) representing Nahan constituency. 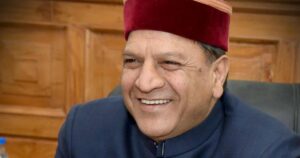 From 2000 to 1995, Rajeev held the office of Chairperson of the Municipal Committee of Solan. He was elected as the Chairman of the HP State Pollution Control Board in 2000, 2003, and 2007 from Solan. After the Solan constituency got reserved, he contested elections from Nahan in the Sirmaur district and twice got elected. From 2017 to 2019, he was elected as the health minister. In 2018, he became the speaker of the legislative assembly and occupied the constitutional post.

In 2020, he became the state President of the BJP. 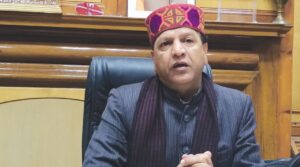 Rajeev Bindal was born on 12th January 1955 in Solan, Himachal Pradesh. His father’s name is the Late Vaid Balmukund. His wife’s name is unknown and she is a housewife.

After his graduation, Rajeev moved to tribal region of Bihar to serve as a doctor for three years. He set up Himgiri Kalyan Ashram at Solan, a charitable Institution for poor children in order to provide them boarding and education for free of cost. 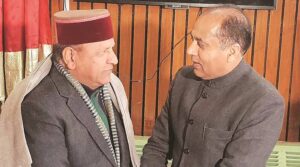 Rajeev Bindal is a graduate of Ayurvedic Medical and Surgery-Ayurvedacharya from M.D University, Rohtak in 1978.