Morawakage Maheesh Theekshana was born 1 August 2000 is a professional Sri Lankan cricketer who plays for the national team in all three formats of the game. In September 2021, he made his international debut for Sri Lanka. He bowls similarly to former Sri Lankan mystery spinner Ajantha Mendis, who happens to be his mentor with the Sri Lanka Army cricket team. He is attached with Sri Lanka Army and plays club cricket for Sri Lanka Army Sports Club. 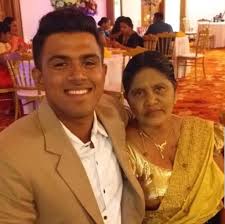 Theekshana joined the Sri Lanka Army, following basic training he served as a Private in the Gajaba Regiment and played for the Sri Lanka Army cricket team. Following the Asia Cup Championship in 2022, he was promoted to the rank of Sergeant.

The National Cricket Academy called him for trials after he impressed with the ball at school level at R. Premadasa Stadium. Simon Willis, director of cricket at National Cricket Academy, was impressed by his control, accuracy, bounce, variations, as well as his Ajantha Mendis-like bowling action. However, he was under scrutiny for his body weight as he weighed at one stage at 105 kilograms, 140 skinfolds, and also had difficulty passing fitness tests since he took 10.1 minutes to complete the two-kilometre tests as well as producing a subpar YOYO test conducted by Sri Lanka Cricket. He was also omitted from Sri Lankan U-19 squad for the 2018 Under-19 Cricket World Cup on the basis of fitness issues. According to some sources, Theekshana had weighed around 117 kilograms during his U19 days.

In August 2021, Theekshana was named in the SLC Blues team for the 2021 SLC Invitational T20 League tournament. In November 2021, he was selected to play for the Jaffna Kings following the players’ draft for the 2021 Lanka Premier League. 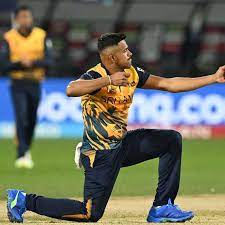 In August 2022, he was picked up by Johannesburg Super Kings for the inaugural edition of the South Africa’s unnamed CSA T20 League, which is set to be held in 2023. 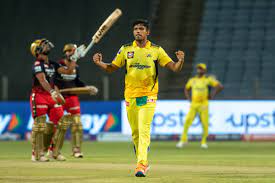 In July 2022, he was added to Sri Lanka’s Test squad for the second match against Australia. He made his Test debut on 8 July 2022, for Sri Lanka against Australia. In August 2022, he was included in Sri Lanka’s squad for the 2022 Asia Cup. Along with Wanindu Hasaranga, Theekshana made the spin bowling department, where Sri Lanka eventually won the tournament for the sixth time. Theekshana made a consistent wicket taking option for skipper Dasun Shanaka, where he ended the tournament with 6 wickets for 162 runs with an economy of 6.75.

The fans of Chennai Super Kings expressed their grief and vent their frustrations in disbelief by trending hashtags #Boycott_ChennaiSuperKings and #DontNormalizeTamilGenocide in various social media platforms soon after Chennai Super Kings bought Theekshana during the 2022 IPL auction. 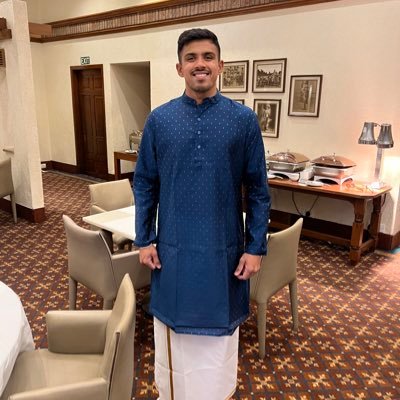 He has completed his initial schooling at a private school in Colombo and after that, he did his education till graduation at St. Benedict’s College, Colombo.