Devin Armani Booker is an American professional basketball player of the National Basketball Association (NBA). Booker was selected by the Phoenix Suns in the first round of the 2015 NBA draft. He won a gold medal on the 2020 U.S. Olympic team in Tokyo. 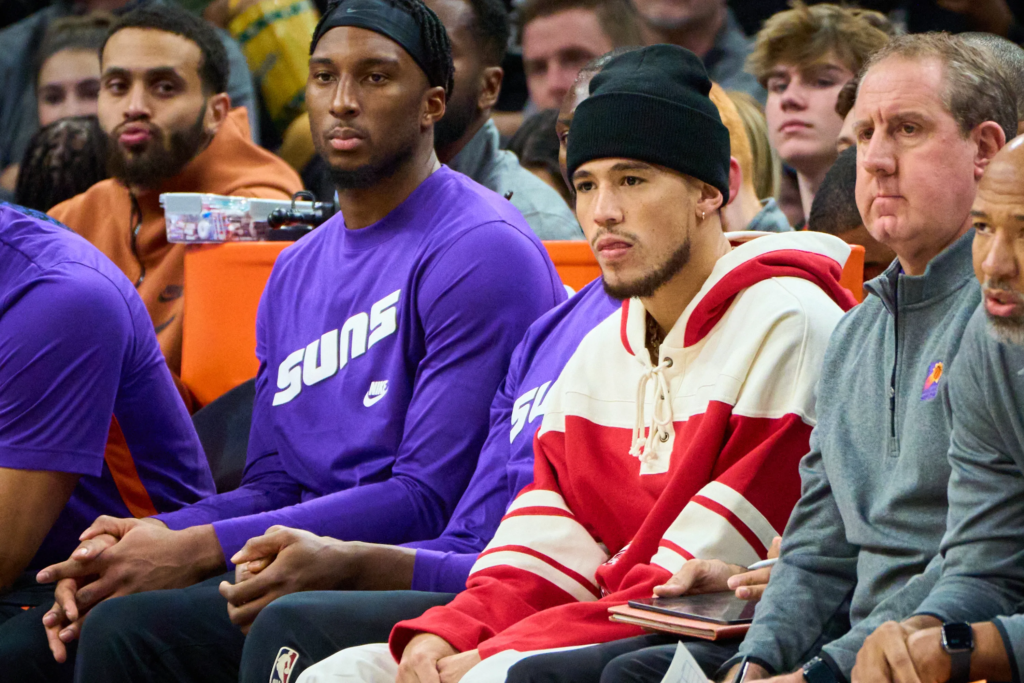 Devin Armani Booker was born on 30th October 1996 in Grand Rapids, Michigan, United States. He is the son of Veronica Gutiérrez, a cosmetologist, and Melvin Booker, who was named the 1994 Big Eight Player of the Year while a point guard at Missouri. Devin’s mother is reported of Mexican and Puerto Rican descent while his father is of African-American. Devin has two siblings, Davon Wade and Mya Powell. His younger half-sister has microdeletion syndrome, a genetic chromosomal disorder.

On June 25, 2015, Booker was selected as the thirteenth overall pick by the Phoenix Suns in the 2015 NBA draft. In 2015, he went on to make his NBA debut two days before his 19th birthday, in the Suns’ season opener against the Dallas Mavericks. On January 2, 2016, Booker scored a then-season-high 21 points in a 142–119 loss to the Sacramento Kings.

Booker became the third-youngest player in NBA history at 19 years, 81 days old to record a 30-point game, behind LeBron James and Kevin Durant, as well as the youngest Suns player to score 30 or more points in a game.

On January 12, 2017, he scored 28 fourth-quarter points, in another 39-point night, to set the Suns franchise record for most points in a quarter, previously held by Stephon Marbury’s 26 points in 2002. On February 4, at 20 years, and 97 days old, Booker became the youngest player to score at least 20 points in 16 consecutive games. 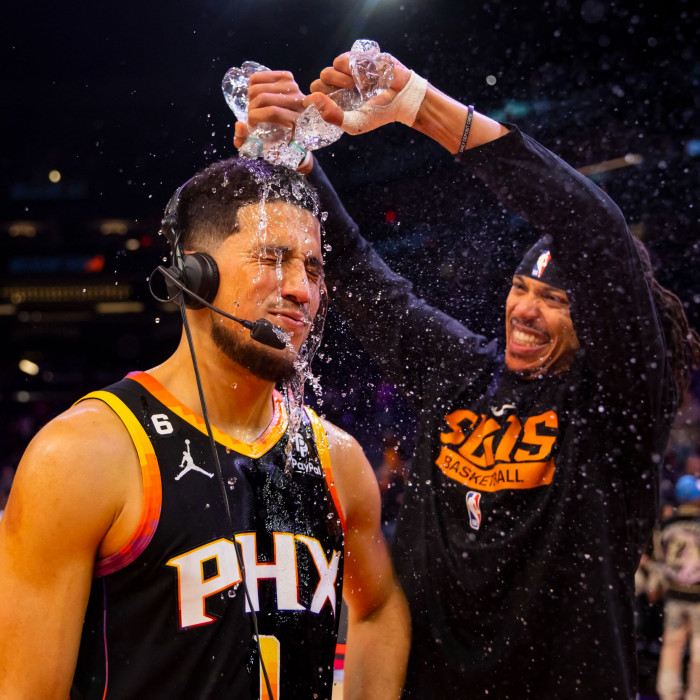 On March 2nd in a 124–116 loss to the Oklahoma City Thunder, Booker scored 39 points and at 21 years, 123 days old, he became the third-youngest player in NBA history to reach 4,000 career points, again behind LeBron James and Kevin Durant.

On January 28th, 2021, Booker became the fourth-youngest player to reach 7,000 career points. On May 23, Booker would make his NBA playoff debut, posting 34 points, 7 rebounds, and 8 assists in a 99–90 victory in Game 1 of the First Round over the defending champion Los Angeles Lakers. Devin played on the 2016 USA Select Team that trained against the 2016 U.S. Olympic team. In February 2020, he was named a finalist to play on the 2020 United States men’s Olympic basketball team. In 2021, Booker and Team USA won the Olympic gold medal in men’s basketball. 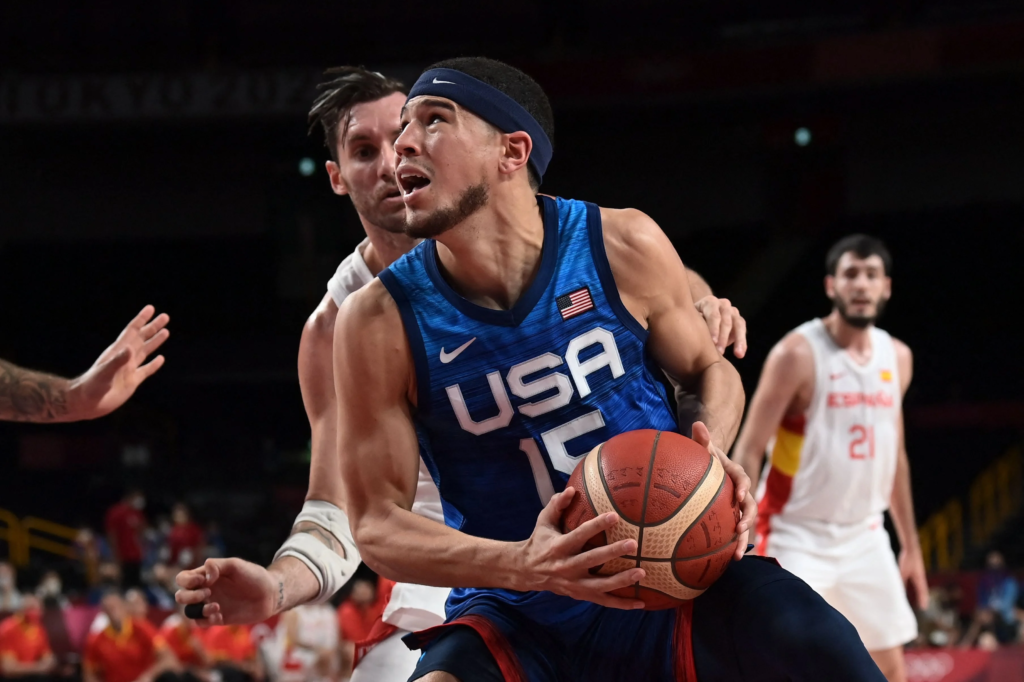 Devin has been in a relationship with Kendall Jenner. 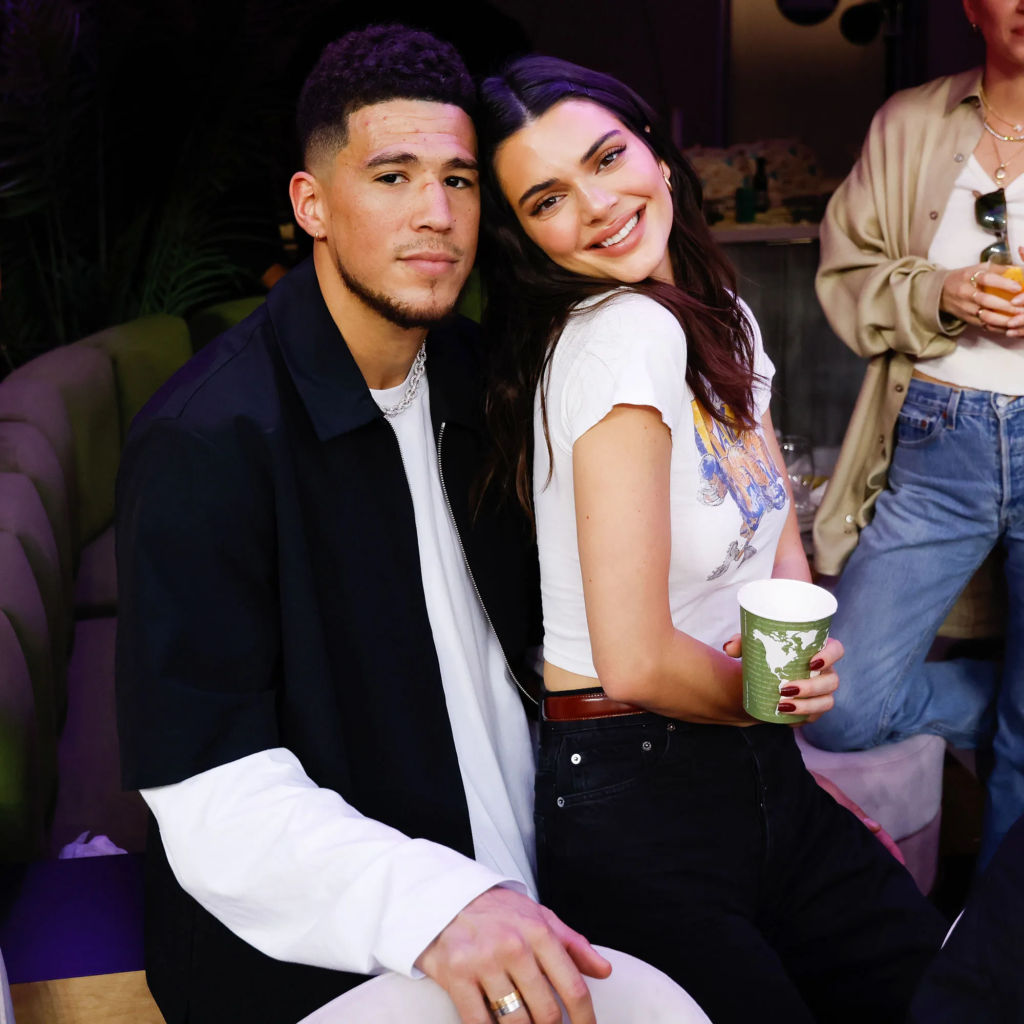 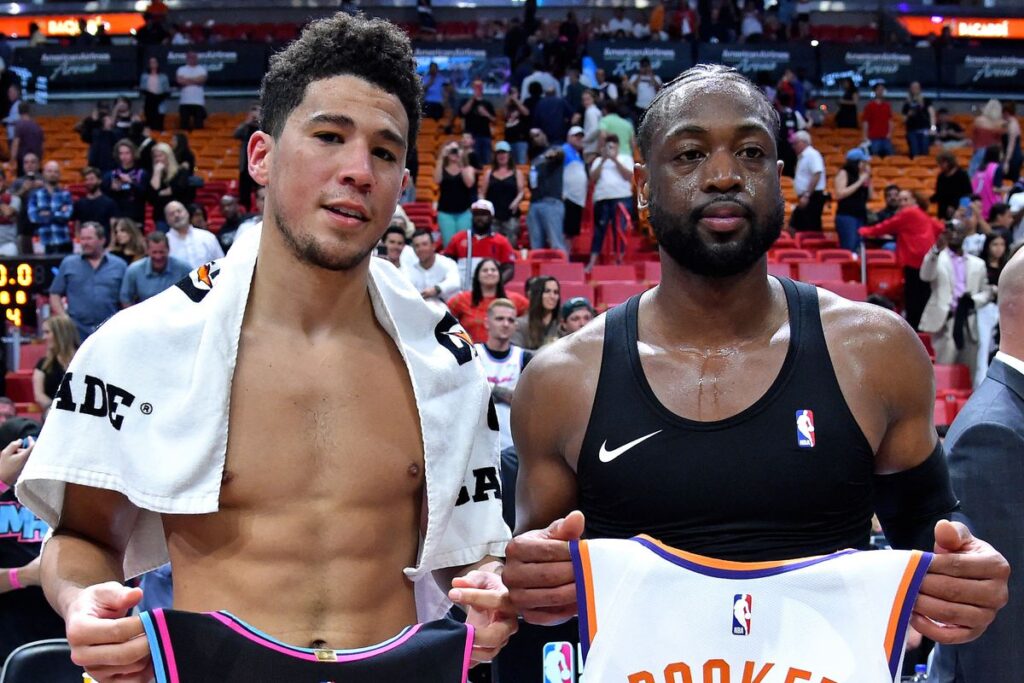 Aaron has a net worth of approximately $240 million. 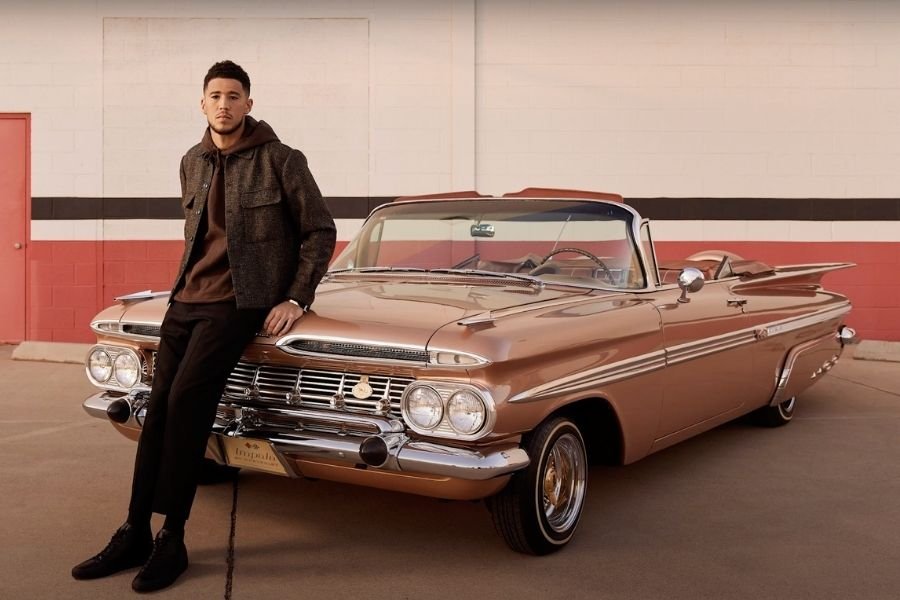