The teaser of Hrithik Roshan and Saif Ali Khan starrer Vikram Vedha is out. This is a mainstream masala film. But its psychological angle is its USP. This film talks about the grey area between black and white. There is a dialogue in the teaser, in which Vikram says-

“It is very easy to choose between good and bad, sir. In this story, both are bad.”

In 2017 there was a Tamil film named ‘Vikram Vedha’. In this R. Madhavan and Vijay Sethupathi worked. The film has been remade in Hindi with the same title. It stars Saif Ali Khan and Hrithik Roshan in lead roles.

The story of ‘Vikram Vedha’ is inspired by the folk tale of Vikram-Betal. He is also called Betaal Pachisi. This is a collection of 25 stories, which are narrated to the Betal King Vikramaditya.

This film is the story of a policeman named Vikram and a gangster named Vedha. Vikram considers things to be right or wrong. But Vedha lives in the space between right and wrong, which is usually marked with a grey color. The fury of Vedha has increased in the city. Vikram considers her as his arch-nemesis. He was trying hard to catch her. One day Vedha surrenders himself to the police. During interrogation, he narrates three different stories to Vikram.

Each story ends with a puzzling question. Vikram answers that question. Vedha commits the crime by following his answer. In this question-and-answer process, Vedha changes Vikram’s attitude towards right and wrong. This is the basic story of this film, which sees a lot of twists and turns, family angles, and the mouse-cat game between the police-criminal.

As it becomes clear from the teaser. Saif Ali Khan has played the role of Vikram i.e. policeman in ‘Vikram Vedha’. Hrithik Roshan has become Vedha. The teaser is absolutely masala. Loud but cool background score. Face-off sequence between the hero and the ‘other hero’. Fancy Action Blocks. The character of Vedha comes from Kanpur. That’s why Hrithik Roshan is seen talking in a little UP-Bihar accent. Seeing him in the teaser, it seems that Anand Kumar of ‘Super 30’ has entered the world of crime. 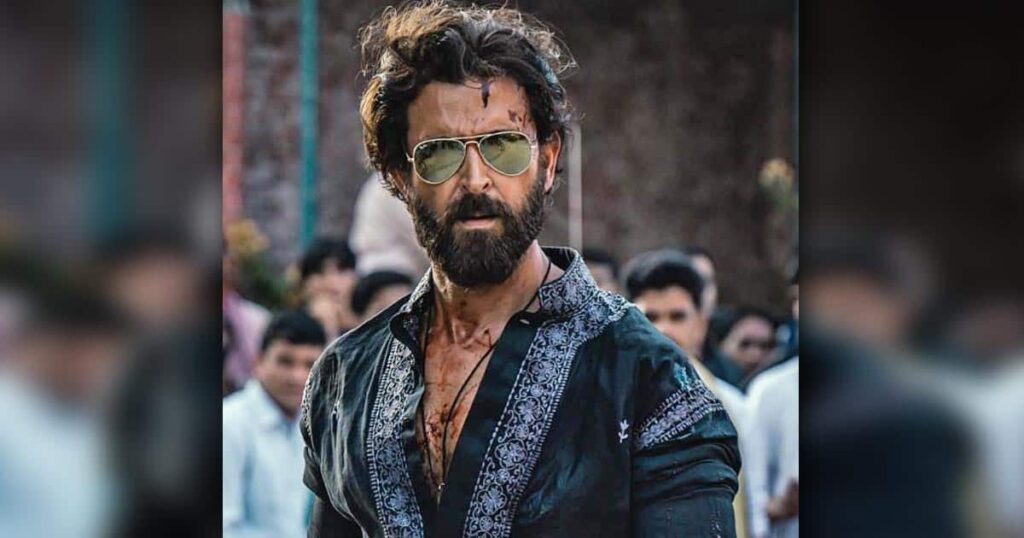 Hrithik is probably playing a character for the first time in his career, who is full-on film despite being connected to his roots. And seeing the teaser, it is known that he has been presented in a complete superstar style. Which is going to prove beneficial for the film.

This experiment phase of Saif Ali Khan is going on. Even if this character looks like a regular policeman. But this is a layered character. Those who have seen the original film will know this better. Apart from these two people, Radhika Apte is also going to be seen in the film. She is playing the role of Vikram’s wife and Vedha’s lawyer.Rohit Saraf, who has worked on projects like ‘The Sky Is Pink’ and ‘Mismatched’, is also a part of this film. He can be seen in the role of Vedha’s younger brother. Actor Satyadeep Mishra, who has appeared in films like ‘Jolly LLB’ and ‘Bombay Velvet’ and web series like ‘Rudra’-‘Illegal Justice’, will also be seen playing an

‘Vikram Vedha’ is directed by the pair of Pushkar and Gayatri. He also directed the original Tamil film. Pushkar and Gayatri are husband and wife in real life. It is very rare to see a husband and wife making a film together. He started his directorial career in 2007 with the film ‘Oram Po’. In the past, for Amazon Prime Video, the pair had created a series called ‘Suddle – The Vortex’.

Earlier, Saif Ali Khan and Aamir Khan were going to work in ‘Vikram Vedha’. But for some reason, Aamir refused to do this film. Hrithik Roshan was cast in his place. This will be the second film in which Hrithik and Saif will be seen together after 2002’s Na Tum Jaano Na Hum.

The shooting of ‘Vikram Vedha’ began in October 2021 in Abu Dhabi. At the same time, the set of Salman Khan’s film ‘Tiger Zinda Hai’ was made. By changing that set, it was made a set of Lucknow and Kanpur. Many reports also claimed that Hrithik Roshan had refused to shoot in Lucknow. But the makers clarified that the film was shot in Abu Dhabi due to health reasons.It was also said in the clarification that the shooting locations and budget of the films are not decided by the actors. Further, a schedule of the film was also shot in Lucknow. The shooting of ‘Vikram Vedha’ was completed in June 2022.

Vikram Vedha is going to release in theaters on 30 September 2022.