Sukesh Chandrasekhar is an Indian businessman and con man. He is known to be the prime accused of an ₹200-crore money laundering case investigated in 2021. 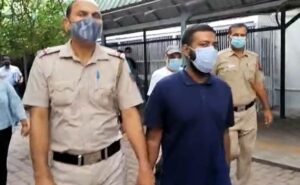 Sukesh was born in 1990 to a middle-class family in Bengaluru. His father’s name is Vijayan Chandrashekhar and his mother’s name is unavailable.

Sukesh is married to an Indian actress, Leena Maria Paul. Leena has been featured in the movie Madras Café. According to some sources, Leena once got pregnant with Sukesh but soon decided to abort.  In 2011, they separated from each other but after some time, they came together again. 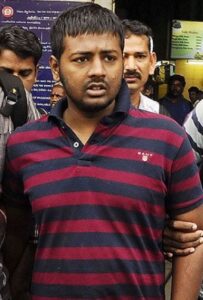 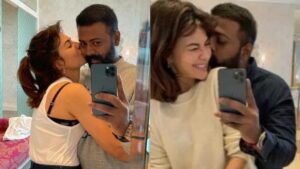 Since childhood, Sukesh was fascinated with high-end expensive cars and luxurious lifestyles. In order to achieve his dreams, he engaged himself in fraudulent activities. He was first arrested at the age of 17 in a cheating case when he duped a family friend of Rs 1.5 crore by claiming to be a friend of the son of a well-known senior politician.

According to sources, once Sukesh forged the signature of the Bangalore police commissioner to publish a certificate claiming him to drive anywhere in Karnataka though he was a minor at that time. Later, he started a company called King Investment and deceived over Rs 2000 crore from investors.

In 2017, he was arrested by a team of Delhi Police from a five-star hotel in south Delhi for claiming to be the middleman of the All-India Anna Dravida Munnetra Kazhagam (AIADMK) deputy general secretary TTV Dhinakaran and making plans to approach the Election Commission officials to deviate the judgment in favor of the Sasikala faction of the AIADMK for the two-leaf symbol.

He was on interim bail when Delhi Police’s Economic Offences Wing officials arrested him in connection with the cheating case of Fortis Healthcare promoter Shivinder Mohan Singh’s wife, Aditi Singh. Delhi Police sent Chandrashekhar to eight days of police custody after he was spotted at the residence of a judge. Chandrashekhar was claimed to have asked for a sum of Rs. 50 crores for influencing the Election Commission officials. Police officials, after his arrest.

During the investigation, Sukesh claimed to have gifted Indian actress Nora Fatehi a car worth over a crore. Denying the fact, Nora’s lawyer released a press statement:

Nora Fatehi has been the victim in the case and being a witness, she is cooperating and helping the officers in the investigation. We would like to make it very clear that she has not been a part of any money laundering activity, she does not know or have any personal connection with the accused and has been called by the ED to strictly help with the investigation.

Jacqueline and Sukesh were dating, these are my instructions, this is straight from the horse’s mouth.

In the chargesheet filed against Sukesh, the ED stated that the actress was not keen on talking to him, so he allegedly called her from a Union ministry, Amit Shah’s Home ministry, posing as a high-ranking official. Reportedly, Sukesh tried to contact Fernandez through her make-up artist and when the actress declined, he allegedly made a spoof call, posing as a very important person in the Government. 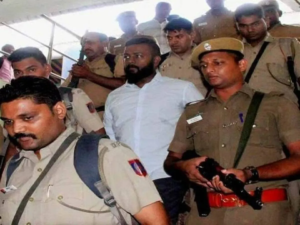