Sargam Koushal is a 33 year old actor & Mode who represented India at the Mrs World 2022 pageant hosted in Las Vegas on Sunday, has been crowned the winner and has brought back the crown after 21 years. Aditi Govitrikar became the first Indian woman to win the honour for India in 2001 and after the wait of 21 long years, Sargam has scripted history again. The victory is reminiscent of Harnaaz Sandhu’s win at Miss Universe last year, as she too brought home the crown after 21 years of Lara Dutta’s big win in 2000.

32-year-old Sargam who looked stunning in a shimmery pink gown with intricate embroidery work and sequins, trumped contestants from 63 countries. Mrs India pageant shared the news on Instagram and wrote, “The long wait is over, it’s after 21 years we have the CROWN back!”

Aditi Govitrikar congratulated Sargam and wrote, ”Heartiest congratulations, so happy the crown is finally back and that I was part of the journey.”

Ms Koushal holds a postgraduate degree in English Literature. She has previously worked as a teacher in Vizag. She has also shared that her husband works for the Navy.

Sargam Koushal Is Mrs World 2022, Brings Crown Back After 21 Years

Sargam’s journey has been full of hard work and dedication. It was the dream of our family that Sargam reaches this platform. Sargam too had this dream since childhood but she felt a bit of hesitation earlier. After marriage, we encouraged him to participate and we were very much confident that she will definitely get this crown back to India. She has done it. She is very intelligent, talented and a good person,” said Sargam’s father GS Koushal after her win in an interview with a news channel.

Sargam Koushal, who hails from Jammu and Kashmir also shared a video describing how elated she was to win the title.

“We’ve got the crown back after 21-22 years. I’m so excited. Love you India, love you world,” the newly-crowned Mrs World said.

According to Mrs Koushal’s Instagram posts, she holds a postgraduate degree in English Literature. She has previously worked as a teacher in Vizhag and has also shared that her husband works for the Indian Navy.

Mrs World is the first beauty pageant for married women. The pageant was conceived in 1984 and traces its roots to the Mrs America pageant. Initially, the pageant was named Mrs Woman of the World. It came to be known as Mrs World only in 1988. Over the years, Mrs World has seen entrants from over 80 countries with America having the most number of winners.

India has only won the Mrs World title once, in 2001 with Dr Aditi Govitrikar bagging the coveted crown. Dr Govitrikar has now served as a judge for Mrs India Inc 2022-23.

Her Father’s Name is GS Kausal and Her Mother is Reema Khajuria. Meena Kaushal is Her Husband’s Mother. She has a Younger Brother whose name is Manthan Kausal.

Sargam Koushal is Married to Adi Sharma on 2018. His Husband Adi sharma is a lieutenant commander In Indian Navy. Both are in a relationship since 2015, dated till 2017 finally married in 2018. 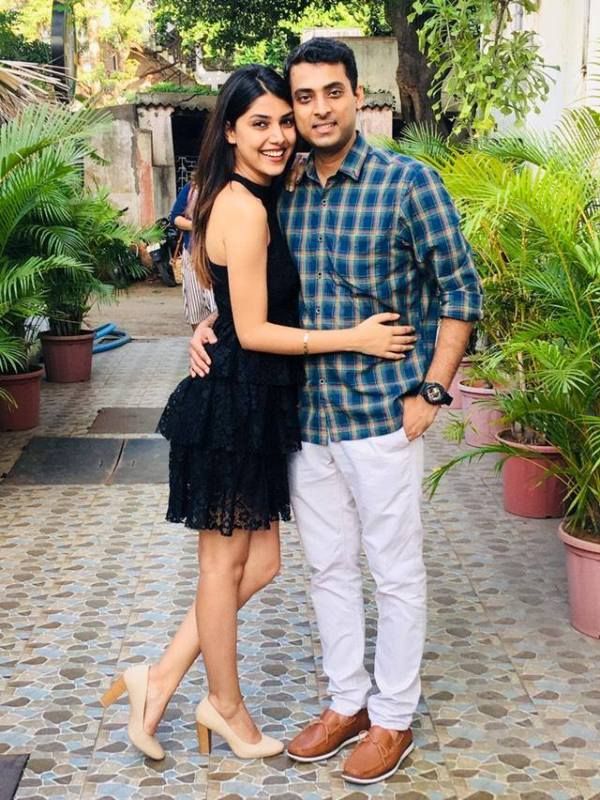 Mrs World is the first beauty pageant for married women, launched in 1984.

Some Interesting Facts About Sargam Koushal 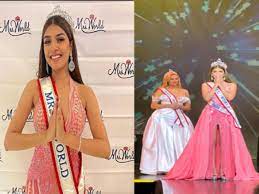