Actor Darshan was born on February 16, 1977, also known as Darshan Thoogudeepa. He is an Indian film actor, producer and distributor who works mainly in the film industry in Kannada. Son of actor Thoogudeepa Srinivas, He began his acting career in soap operas and roles in films from the mid-1990s. His first film in a leading role appeared in the 2001 film Majestic. 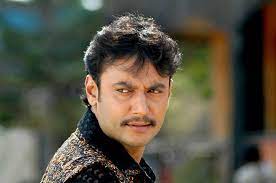 He was born from actor Thoogudeepa Srinivas and Meena in Mysuru, in the Indian state of Karnataka. He called as Drashan. Thoogudeepa is a 1966 Kannada film in which Srinivas played and gained fame, following which the sobriquet stuck to his name.

His father often played the role of threatening villains in Kannada cinema. Despite this, He never had an easy life, his father being reluctant to enter Darshan in the movies. Against his wishes, He enrolled at the Ninasam Theater Training Institute in Shimoga. 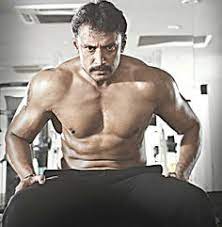 Darshan has a sister, Divya, and a younger brother, Dinakar, a filmmaker, running the production house, Thoogudeepa Productions. As a child, Darshan studied his primary and secondary education at Mysuru.

After graduating from Ninasam, Darshan worked as a projectionist before becoming an assistant cameraman to veteran cinematographer B. C. Gowrishankar. His first acting role came in S. Narayan’s television soap. Darshan’s major break in films came with Majestic, directed by P. N. Satya and released in 2001, in which he played the role of Daasa, an innocent youth-turned-underworld don.

He then appeared in films such as Kitti, Ninagoskara, Neenandre Ishta and Daasa, produced by Ramesh Yadav 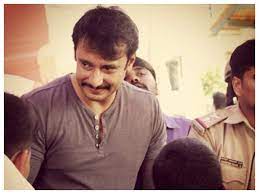 Darshan’s next releases were Boss (2011) and Prince (2011). Next came the action drama Saarathi. His 2012 release was Chingari. Next, he played a role in the historical movie Krantiveera Sangolli Rayanna and got his maiden Karnataka State Film Awards and Filmfare Award for best actor. In 2013, he had two releases, Bulbul and Brindavana. His 2014 film Ambareesha received mixed responses, though it was commercially successful. In Mr. Airavata, he played the role of a police officer. The Hindu wrote: “He sizzles on the screen in his tailor-made avatar as Mr. Airavata”.

Darshan’s next film was Chakravarthy in 2017 based on Bangalore Underworld’s true story, which gave a mixed response from the audience, but got recognition for the new look. In later 2017, his next movie Tarak was released. On 1 March 2019, his 51st movie Yajamana was released, becoming Darshan’s biggest box office opener. Following the success of Yajamana, the big-budget Indian mythological movie Kurukshetra was released on 9 August 2019. Kurukshetra was well received by critics. In the same year, on 12 December 2019, Darshan released another film, Odeya. In June 2019, filming began on another Darshan film, Roberrt, which is directed by Tharun Kishore Sudhir and released in 2021.

Darshan married his relative Vijayalakshmi, who was then a student in Chemical engineering, in 2003 at Dharmasthala Temple. They have a son, Vineesh. Darshan runs his own mini zoo in the far east of Mysuru, near Malavalli. Darshan’s other passions are cars and bikes. 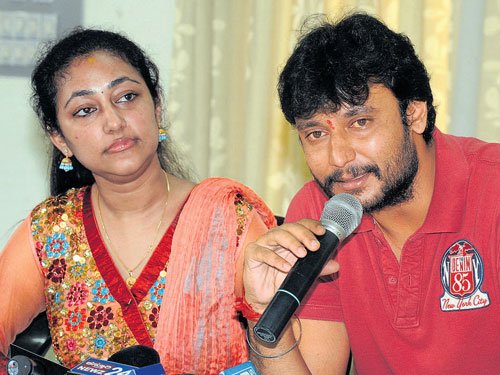 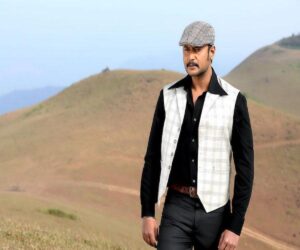 Darshan was involved in a controversy in September 2011, when his wife complained to police, accusing him of domestic violence. He was subsequently arrested and spent 14 days in judicial custody at Parappana Agrahara. However, the marital discord was later settled out of court. He issued a public apology to his fans for the controversy. Though this was expected to dent his image, his immediate release Saarathi (2011) performed well at the box office.

Kannada movie star Darshan was hot with a slipper while promoting his upcoming film Kranti in Hosapete. Hundreds of fans had gathered to launch a song from the film at the event, which took place on Sunday evening. The videos doing the rounds on social media show Darshan being hit by a slipper thrown at him by an unidentified person in the crowd.

In the video, Darshan could be seen stepping into the front of the stage to address the crowd. Suddenly, a slipper was thrown at him which hit him on the shoulder. The incident shocked everyone and it caused a lot of agitation among the crowd. However, Darshan managed to recover his wits from the initial shock and kept everyone calm. The rest of the event happened as planned despite this incident.

Darshan and his team have reached out to online media platforms and social media influencers to spread the word about Kranti among the public.

Some Interesting Facts About Darshan Thoogudeep