Stephanie Marie McMahon is an American businesswoman and retired professional wrestler. In July 2022, she became the Chairwoman and Co-Chief Executive Officer (CEO) of WWE, until her resignation in January 2023. 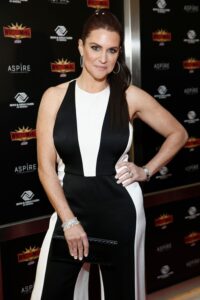 Stephanie’s family is Irish American. Her great-grandfather, Jess McMahon, was born to Irish parents who had emigrated from Galway to New York City during the 1870s. 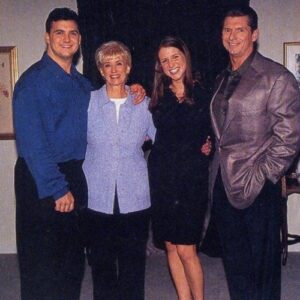 Stephanie joined WWE, at that time WWF, at the age of 13, as a model for merchandise catalogs. Later, she joined the company as an Account Executive. In her early days in the company, she did various roles like reception work, creative design, and television production, and acted as a ring performer. In 2000, she became the head writer of the company. In 2002, she became the director of creative writing, and later in 2006, promoted to Senior Vice President of Creative Writing.

On 4th December 2013, WWE announced the promotion of McMahon to the chief brand officer. On 22nd July 2022, Vince McMahon announced his retirement from WWE and named McMahon Levesque the company’s new Chairwoman and Co-CEO. 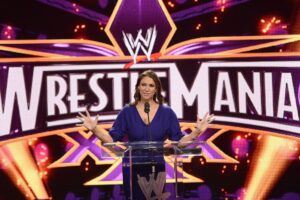 In 1999, Stephanie made her WWF debut during an on-screen storyline involving Vince and The Undertaker. On 28th March 1999, she held the WWF Women’s Championship after defeating champion Jacqueline on SmackDown!

On the 21st August 2000 episode of Raw, McMahon lost the WWF’s Women’s Championship.

On 18th July 2002, she became the general manager of SmackDown!. 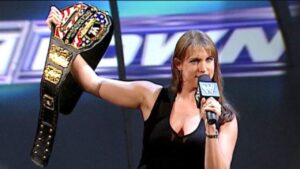 On 11th July 2016, she became the commissioner of the Raw brand, while Shane was named commissioner of SmackDown for them to compete against each other in the upcoming reestablished brand extension.

On 22nd July 2022, upon her appointment as the permanent chairwoman of WWE following her father Vince’s retirement. On 10th January 2023, McMahon announced her resignation from WWE upon her father’s return as executive chairman of the company. 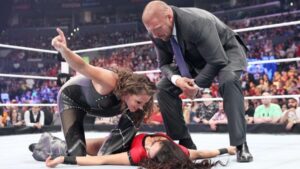 In 2000, Stephanie began dating Paul Levesque, better known as Triple H, during their scripted romance. In 2003, the couple were engaged on Valentine’s Day and were married on October 25, 2003, in a Roman Catholic ceremony in Sleepy Hollow, New York. 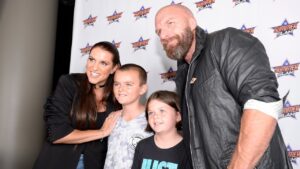 Stephanie attended Greenwich Country Day School through her elementary years. In 1994, she graduated from Greenwich High School. In 1998, she graduated with a Bachelor of Science in communications from Boston University. 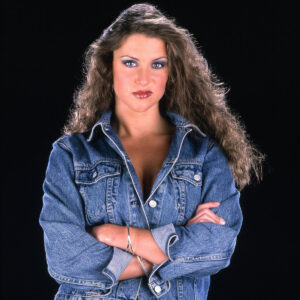 According to the reports, the net worth of Stephanie McMahon stands at $150 million. Stephanie currently owns 2.5% of the total shares of WWE.

Stephanie lives with her husband at a 10-acre property called Conyers Farm which houses the McMahon family mansion. The property was bought after Vince McMahon and Triple H sold 800,000 shares of the WWE company. 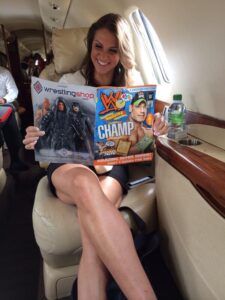