Mudasir Ahmad Sheikh, a 37-year-old serving in the Jammu and Kashmir Light Infantry, had joined the Forces out of a passion for the uniform. In the morning, he left his school to join the army, and he was luckily selected at the first attempt.

His wife and two sons survived him, and he was preparing for retirement. Mudasir will also celebrate his 10th wedding anniversary next month.

“He had built a house and recently refurbished it. He had planned to shift there with his family after retirement,” said his father.

Mudasir had been on leave for two months, and despite Tral being a high-militancy area, he used to roam freely without fear. A local resident said, “He was very lovable. In fact, this village is home to many soldiers and some have reached high ranks in the army. Now, not many youth in the area want to join the armed forces.”

As relatives and neighbours offered their condolences, a pall of gloom settled over the household. An inconsolable wife, a distraught mother, a shell-shocked father, and a stunned son cannot believe their warrior has been killed. 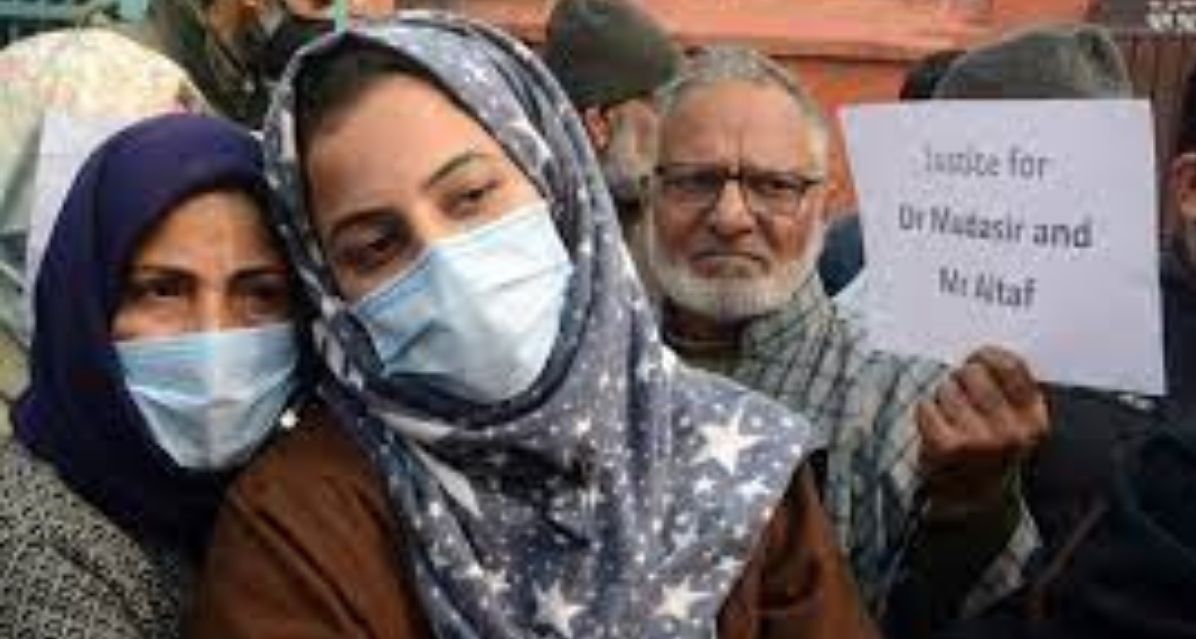 Naik Mudasir’s son Burhan, a class third student, broke down when he saw his mother crying. After his mother cried, he refused to be photographed, not understanding what was happening. On Tuesday, Naik Mudasir’s body will be flown to Victor force headquarters in Awantipora. Later, he will be laid to rest with full military honours at his village.

Father said – knew the son would not return, do not shed tears, I am proud of him 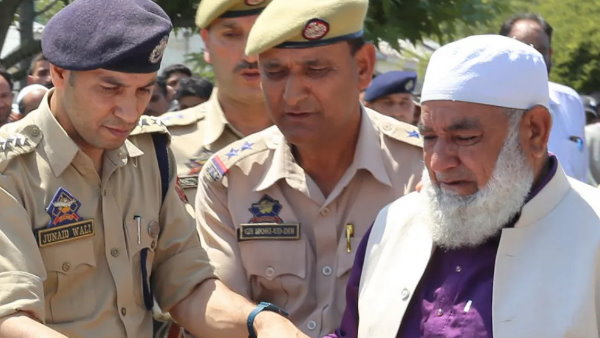 When the body of Mudasir Ahmed Sheikh arrived in the tricolor in the midst of a gloomy atmosphere in the Baramulla Police Line located on the banks of Jhelum, Ahmed Sheikh proceeded to pay his last respects to the son. Tears were flowing from his eyes. He clings to the coffin. Then he got up and wiped away his tears, widening his chest and said to the soldiers standing nearby, do not shed tears, my son has been martyred, he has saved thousands of lives. He said that I knew my son would not come back, but I am proud of him. 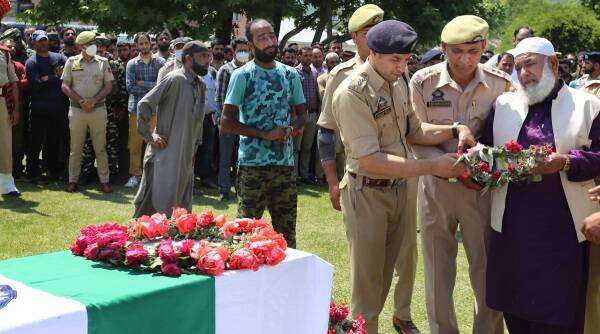