Who is Mohammad Zubair and on which tweet of Zubair got the complaint?

Twitter user Jagdish Singh, when we took a look at the tweet and reply section in his profile, we found that he has replied to many of Zubair’s tweets, which also used some quirky words. Regarding this, Zubair made a tweet on 6 August 2021, posting the profile photo of Jagdish Singh, Zubair blurs the face of the minor girl in the photo, and he writes that Hello Jagdish Singh, does your lovely granddaughter know about your part-time job where you abuse people on social media? I recommend that you change your profile picture.

A case has been registered against Mohammad Zubair regarding this tweet, that Zubair exposed the identity of a minor in this way, after which the girl faced a lot of harassment.

Why two FIRs Against Mohammad Zubair ?

For your information, let us tell you that the person who has lodged the FIR of Mohammad Zubair is a resident of Raipur. He had lodged a complaint at the Raipur police station itself, the names of two more Twitter handles are also included in the FIR. It is being said that both of them had made objectionable remarks about the minor on Zubair’s post. 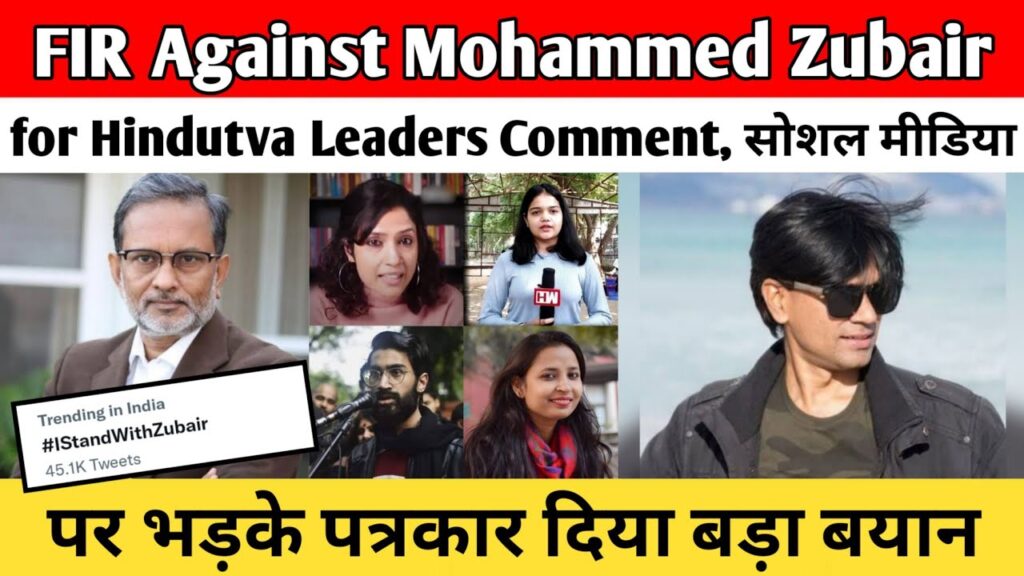 Mohammad Zubair is the co-founder of the propaganda portal Alt News, a fact-checker who specializes in spreading fake news. Do not know how much false news has been spread in the affair of defaming Hinduism and Bharatiya Janata Party. In June, such a lie was spread to defame ‘Jai Shri Ram’ that an FIR was registered against him. This is not a single case, but about 35 times such allegations have been made against him. And this is the reason why #ArrestMohammedZubair is trending on social media today. What’s your take on this news? Do let us know by commenting.