Mahua Moitra was born 12 October 1974 is an Indian politician and a Member of parliament in the 17th Lok Sabha from Krishnanagar, West Bengal. She contested and won the seat in the 2019 Indian general election as an All India Trinamool Congress (AITC) party candidate.

In addition to serving as the general secretary and national spokesperson for AITC for the past few years, Moitra served as a member of the West Bengal Legislative Assembly, representing Karimpur from 2016 to 2019. Before entering politics, she worked as an investment banker.

Moitra was born to Dwipendra Lal Moitra and Manjoo Moitra on 12 October 1974 in Labac in the Cachar district of Assam. Moitra went to school in Kolkata. She graduated in economics and mathematics in 1998 from Mount Holyoke College, South Hadley in Massachusetts, United States. 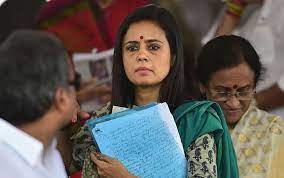 Moitra worked as an investment banker for JPMorgan Chase in New York City and London.

She left her position as vice-president at JPMorgan Chase in London in 2009 to enter Indian politics. Then, she joined the Indian Youth Congress, the youth wing of the Indian National Congress party, where she worked with Rahul Gandhi on the “Aam Admi Ka Sipahi” campaign. When the Legislative Assembly elections were held in 2016, she was elected from the Karimpur constituency in Nadia district, West Bengal by the All India Trinamool Congress party. From Krishnanagar, West Bengal, she has been elected to the 17th Lok Sabha. 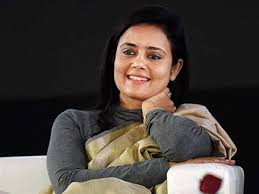 On 13 November 2021, she was appointed TMC party’s Goa in-charge to prepare the party for contesting the 2022 Goa Legislative Assembly election.

‘Who is Pappu now?’: Mahua Moitra’s dig at Centre over economy, Himachal poll

Trinamool Congress MP Mahua Moitra on Tuesday took a dig at the Centre over its handling of the economy and the BJP’s Himachal Pradesh assembly election defeat asking “who is the ‘Pappu’ now?” Speaking during a debate in Lok Sabha on demands for additional grants for 2022-23, Moitra cited government data showing industrial contraction and said, “This government and the ruling party coined the term Pappu. You use it to denigrate and signify extreme incompetence. But the statistics tell us who the actual Pappu is.”

The Trinamool Congress firebrand MP also accused the Narendra Modi government of spreading “falsehood” about India’s growth and appealed to Union finance minister Nirmala Sitharaman to take control of the economy, which, according to the TMC leader, is going downhill.

Moitra has revealed that she had lived in Scandinavia and that her former husband was Danish financier Lars Brorson. 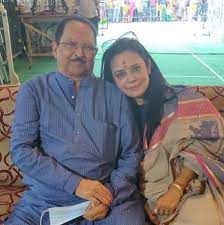 She expressed admiration for the Scandinavian education, Denmark’s healthcare system, claiming that her former husband’s mother had two government-provided carers looking after her for free.

She hails from a Hindu Brahmin family.

Some Interesting Facts About Mahua Moitra