Laddi Chahal was born on 30 September and his birthplace is in the village Dadhera, located in Patiala, Punjab. He is 26 years old Punjabi singer & writer. His family is predominantly engaged in agriculture. During his school and college days, he loved performing and singing. He participated in various competitions and bagged several medals. Talking about his studies, Laddi is post-graduate.

Laddi is an extremely good friend of Parmish Verma. Parmish knew about Laddi’s passion and made things possible for him in the best manner. He introduced Laddi in the Punjabi music industry. Laddi started his career in 2018 with the song Chirri Udd Kaa Udd. The song became an instant hit and garnered much appreciation.

Later in 2019, his words again became the voice of Parmish Verma and the duo gave smashing hits like Chal Oye[3] and 4 Peg/4 Yaar. The year 2019 was fully packed for Laddi Chahal. Furthurmore, he worked with Parmish Verma in Punjabi movies like Singham for Tolla Nachda and Dil Diyan Gallan for Pinda Aale Jatt and Hasdi Tu Reh Sohniye. Apart from writing, he came up with his debut song, as a singer, titled Habit. 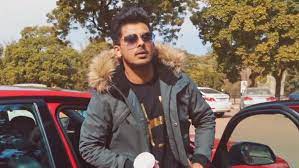 This song was much loved by people of all age groups, especially youth. In the year 2020, his words and voice became the promotional track, Ni Jinde of the Punjabi movie Jinde Meriye. For the same movie, he also wrote another song, Glock sung by Dilpreet Dhillon. The Punjabi language comedy drama movie, Chal Mera Putt 2’s song Majhe Wal Da written by Laddi Chahal and sung by Amrinder Gill and Nimrat Khaira was immensely praised by critics. The song also featured in Australia and New Zealand YouTube charts.

G.O.A.T, the eleventh studio album by Indian singer Diljit Dosanjh released in July 2020 had two songs penned down by Laddi Chahal, Tracksuit and Whiskey. The song Tracksuit remained on 8th position of UK Punjabi (OCC) charts for a good span of time. Apart from his work with Diljit Dosanjh in 2020, he again paired with Parmish Verma and their duo again worked wonders with songs like Munde Pind de, Aam Jehe Munde and Shadgi. All the songs went trending on YouTube for a considerable number of weeks. 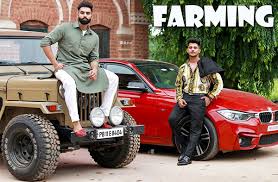 Now, he’s focussing on both writing and singing equally. He has multiple projects which includes his single tracks, songs for Punjabi movies & lyrics for other Punjabi singers which are lined up for release in 2021.

In December 2022 his Rubicon Drill is also Super Hit Songs with pramish verma. 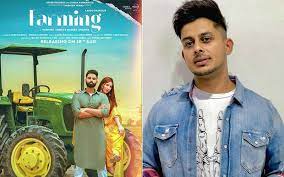 Laddi Chahal is single, He Never shared information about his relationship. 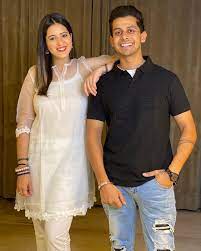 Some Interesting Facts About Laddi Chahal