Ashneer Grover is a popular Indian businessman who is the co-founder and managing director of Bharatpe. Recently he is in the limelight for joining Sony TV’s show Shark Tank India as a Shark (Judge). Ashneer was born on June 14, 1982 in Malviya Nagar, Delhi. He belonged to a family with a wealthy and educational background, due to which he never faced any social and economic difficulties. 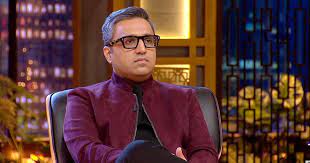 He grew up in Delhi. Ashneer completed his schooling in Delhi, then he did B.Tech in civil engineering at IIT Delhi. During his graduation days, Ashneer was one of the 6 students who was selected by IIT Delhi as an exchange student for the university of INSA Lyon Institut National Des Science Appliquees de Lyon, France. He moved to France in the year 2002, and he also received a scholarship of Rs. 5 lakh from the French Embassy. In 2004, Ashneer got himself enrolled in an MBA in Finance program at the Indian Institute of Management, Ahemdabad. In 2006, campus placement by IIM Ahemdabad landed Ashneer to Kotak Investment Banking, Mumbai as vice president. In 2013, he joined as the director in Amex, (American Express), an MNC, and he served there for two years. He joined Grofers as the chief financial officer in 2015, and he worked there for a few years. 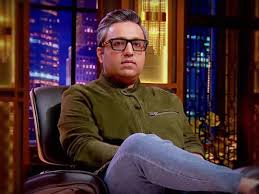 After all this experience, he wanted to do something different, he met various investors and started making networks, and then he joined PC Jewellers as business head, and he helped them in their business development and payment options.  When he was working in PC Jewellers, he got the idea of BharatPe. Ashneer, along with Shashvat Nakrani and Bhavik Koladiya, launched BharatPe in 2018 it is today the most used payment application.

He obtain his primary education from a private school in Delhi. Ashneer, who was sharp in studies from the starting, gave the entrance exam of IIT after his 12th in which he fixed a good rank in All India, due to which he obtain an chance to get admission in IIT Delhi. Grover did his B.Tech in Civil Engineering from IIT Delhi. 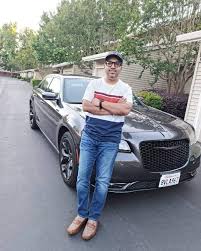 As an Investment Banker

After completing his MBA in finance, Ashneer Grover got placement as vice president in Kotak Investment Banking in 2006. He worked there for almost seven years. He was part of various IPO deals. He left the job in 2013.

As an MNC Employee

In 2013, Ashneer Grover joined as a director in Amix (American Express), which is a multinational company. He enjoyed working in an MNC, but he always wanted to do something different. He worked there for almost 2 years.

As a Chief Financial Officer

As the Head of PC Jewellers

After leaving Grofers Ashneer took a break from work, and he met various investors and tried making more networks. Then, he joined PC Jewellers as business head. He helped them in new business development, new payment options, and strategies. [5]

As a Founder of BharatPe

In 2018, Ashneer came up with the idea of BharatPe, which went on to become one of the most used payment applications in India. Ashneer Grover along with Shashvat Nakrani and Bhavik Koladiya founded BharatPe in 2018.

As a Judge in Shark Tank India

In 2021, Ashneer Grover appeared as a judge in the popular Indian reality show Shark Tank India. In this show, people come up with their startup business and ask the judges to invest in their business. Ashneer joined the show as one of the investors.

In 2020, Paytm and other such companies filed a lawsuit against Mr. Grover and his company BharatPe for distributing pamphlets, claiming that Paytm and other companies were not purely India-based companies. They also requested the Reserve Bank of India to take action against BharatPe.

In 2021, PhonePe, after filing a lawsuit against BharatPe claiming trademark rights over the suffix, sought speedy disposal of the main lawsuit. 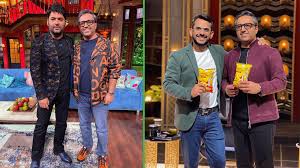 Net Worth and Luxury Lifestyle

Ashneer is among the richest sharks in the show. His net worth is estimated up to Rs.700 crores as per a report in GQ India. He lives in his palatial home at Panchsheel Park, Delhi with this family. The value of his massive house is estimated up to 30 crores. He also has a collection of luxuries and high-end cars such as Porsche Cayman S, Mercedes Maybach S650, Mercedes Benz GLS 350, Audi A6, etc.

Ashneer is an active investor who is investing in various fintech companies and other industries for a long time. Here we have provided the list of all the ventures where he has invested-

Ashneer’s father is a chartered accountant, and his mother is a teacher.

Ashneer Grover’s wife’s name is Madhuri Grover. She is also an entrepreneur. In BharatPe, she manages HR, finance, and other internal operations. Before joining BharatPe, she was an interior designer and worked with people like Satya Paul and Alok Industries. 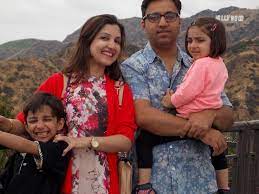 She also had her own furnishing business named Mauve and Brown. She also worked with south Indian actress Asin and her husband, Rahul Sharma. Madhuri Grover has also done the interior of her house in South Delhi.

Ashneer Grover, former managing director of fintech startup ‘Bharat Pay’, earned Rs 2.25 crore in just 8 minutes from Zomato’s IPO last year. Grover, who was a judge in the first season of the reality business show Shark Tank India, has mentioned this in his book launched a few days back. The name of Grover’s book is “Duplicity”. Ashneer told that he had applied for Rs 100 crore for Zomato’s IPO and people were surprised to think how he raised such a huge amount.
borrowed money
Grover has said in his book that he had invested money in Zomato’s IPO by taking a loan. Had invested only Rs 5 crore from his pocket. At the same time, the remaining Rs 95 crore was taken on loan from Kotak Wealth for a week at 10 per cent interest per annum. Grover told in the book that the fund gets blocked for a week during the IPO application. He has to pay Rs 20 lakh as interest for this and this was an additional cost of acquiring the shares.

Actually, Zomato’s IPO which came last year was a bumper hit. It was oversubscribed 30 times. Grover got shares worth Rs 3 crore of the food delivery platform at an issue price of Rs 76 per share. In July 2021, Zomato’s stock opened at Rs 116 and within 8 minutes of listing, the company’s stock had reached Rs 136 per share. Grover writes in his book,

After the success of Zomato, Grover tried to replicate it with the Car Trade IPO, but lost Rs 25 lakh. In the book, he has written that making stock market public equity portfolio is not his cup of tea.

Some Interesting Facts About Ashneer Grover