Kylian Mbappé Lottin popularly known as Kylian Mbappé is a French professional footballer. In the FIFA World Cup Final, he scored 3 goals against Argentina and kept the France team in the game until the team lost the match in the penalties. 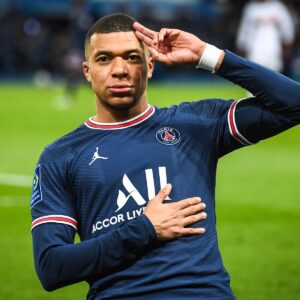 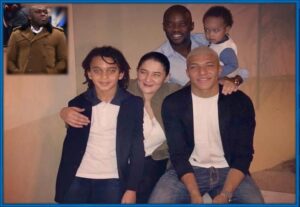 Kylian began his career at AS Bondy, coached by his father, Wilfried. At the age of 11, Real Madrid invited Mbappé to train with their under-12s and visit the club’s facilities. t age 14 he travelled to London after an invite from Chelsea, playing a match for their youth team against Charlton Athletic.

In October 2015, Mbappé was brought in by Leonardo Jardim to be a mainstay in Monaco’s B-team but just after three weeks, his level of skill and maturity prompted his promotion to the main squad. On 2nd December 2015, he made his team debut in a 1–1 Ligue 1 home draw against Caen and became Monaco’s youngest-ever first-team player aged 16 years and 347 days. On 20 February 2016, Mbappé scored his first goal for the club’s first team.

On 6 March 2016, Mbappé signed his first professional contract, a three-year deal, tying him to Monaco until June 2019. On 14th December 2016, he scored the first hat-trick of his first-team career in the 7–0 rout of Rennes in the Coupe de la Ligue round of 16 at the Stade Louis II. 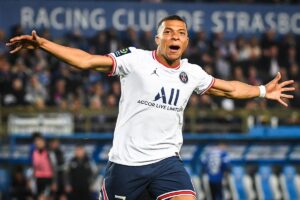 On 11 February 2017, Mbappé scored the first Ligue 1 hat-trick of his career in the 5–0 home win over Metz; at 18 years and two months, he became the youngest player to score a Ligue 1 hat-trick.

On 31 August 2017, Paris Saint-Germain announced the signing of Mbappé from Monaco on loan. The fee required for a subsequent full transfer was set at a rumored €145 million plus €35 million in add-ons, making him the most expensive teenager ever, the most expensive transfer ever within a domestic league. On 8th September 2017, he made his debut in a 5–1 Ligue 1 win at Metz.

On 8th May 2018, he won his first league title with the club, he played as PSG won 2–0 against Les Herbiers to clinch the 2017–18 Coupe de France. On 8 October, Mbappé scored four goals in just 13 minutes in a 5–0 home victory over Lyon and became the youngest player (19 years and 9 months) to score four goals in one game in Ligue 1 over the last 45 seasons.

On 16 February 2021, Mbappé became only the third player, after Faustino Asprilla and Andriy Shevchenko, to score a Champions League hat-trick against Barcelona. 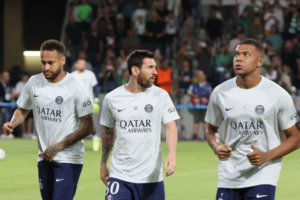 He was selected in the senior season after scoring 5 times for France as they won the 2016 UEFA European Under-19 Championship.  In march 2017, he was called up to the senior France squad for the first time to face Luxembourg and Spain. On 25th march 22017, he made his debut against the former side, coming on for Dimitri Payet in the 78th minute of a 3–1 2018 FIFA World Cup qualification away win. On 31 August 2017, Mbappé scored his first senior international goal in a 2018 World Cup qualification match against the Netherlands.

On 17 May 2018, Mbappé was called up to the France squad for the 2018 World Cup in Russia. On 21 June 2018, he scored his first World Cup goal in France’s 1–0 group stage win over Peru. This made him the youngest French goal scorer in World Cup history at age 19 and soon became the second teenager to score two goals in a World Cup match after Pelé in 1958. 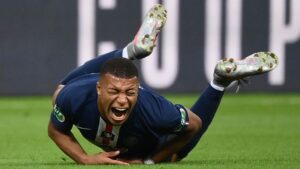 In the 2022 FIFA World Cup Finals, he scored a hat-trick against Argentina, only the second-ever man in World Cup history to do so after Geoff Hurst in England’s 1966 victory and also became the first player in history to score four goals in World Cup finals. 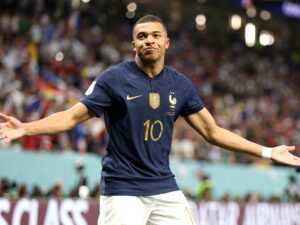 Kylian has a net worth of approx. €35 million. 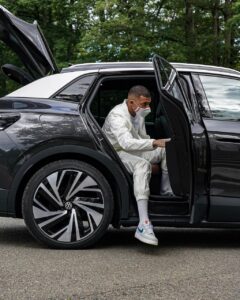