As Salman Khan completed 34 years in the industry, he shared the title of the movie. Initially, the movie was named Kabhi Eid Kabhi Diwali but later decided to change its title.

The story revolves around the eldest brother who refuses to marry since he believes it may cause disharmony in his big family. His brothers, who have already found partners, come together to find a partner for Salman Khan’s character. Pooja Hegde will be seen as Salman Khan’s love interest. 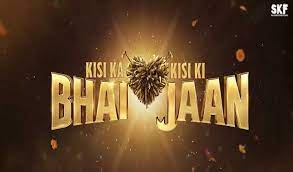 The shooting started on 12 May 2022 in Mumbai. Later in June, the production moved to Hyderabad.

For this movie, Salman Khan has invested a heavy amount of around Rs 125 crores.