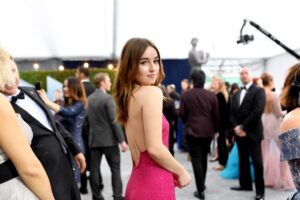 Kaitlyn was born on 21st December 1998 in Phoenix, Arizona, United States, to Tim and Kathy Dever. She has two younger sisters, Mady and Jane Dever. When Kaitlyn was 5 years old, she developed an interest in the performing arts with her parents sending her to an acting school. She also used to participate in gymnastics, ballet, and ice skating, until she focused on acting.

Kaitlyn was enrolled at the Dallas Young Actors Studio in a month-long acting program when her family then moved to Dallas when her father was given the role of the voice of Barney the Purple Dinosaur. 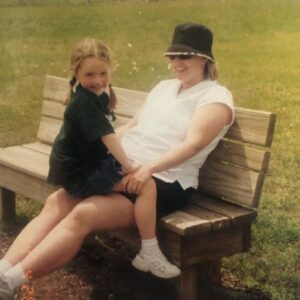 Kaitlyn began her career with the role of Gwen Thompson in the 2009 film An American Girl: Chrissa Stands Strong. In 2011, she came into the limelight with her role as Loretta McCready in the FX series Justified. In the same year, she was cast as a series regular in the ABC (and later Fox) sitcom Last Man Standing, starring Tim Allen. She also appeared in other television shows like Make It or Break It, Modern Family, Private Practice, Party Down, The Mentalist, and Curb Your Enthusiasm.

In 2011, she also acted in films like Cinema Verite, Bad Teacher, and the Clint Eastwood–directed film J. Edgar. In 2013, she appeared in supporting roles in the critically acclaimed films The Spectacular Now and Short Term 12.

In 2014, she appeared in a dark comedy film Laggies, directed by Lynn Shelton, alongside Chloë Grace Moretz and Keira Knightley. In the same year, she also appeared in Men, Women & Children, directed by Jason Reitman.

In 2017, she was seen in a drama film Outside In, as a supporting cast member, and in films, We Don’t Belong Here, All Summers End, and Detroit, where Dever appeared in supporting roles as well.

In 2018, she appeared in a minor role in the political drama The Front Runner and the biographical drama Beautiful Boy, the latter alongside Timothée Chalamet. 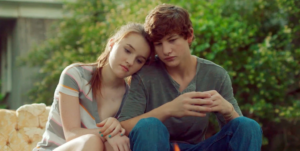 In 2019, she appeared in the drama-thriller film Them That Follow directed by Britt Poulton and Dan Madison Savage. She also featured in the teen comedy Booksmart directed by Olivia Wilde, opposite Beanie Feldstein.

Because of her amazing performances, she received nominations for the Best Actress – Miniseries or Television Film, Critics’ Choice Television Award for Best Actress in a Movie/Miniseries, the BAFTA Rising Star Award, and the TCA Award for Individual Achievement in Drama.

In 2020, she appeared in the Quibi comedy series Home Movie: The Princess Bride, directed by Jason Reitman, to raise money for World Central Kitchen. Later in the same year, she co-starred in the Audible audio drama When You Finish Saving the World, written and directed by Jesse Eisenberg. In 2020, she also starred in the television special Coastal Elites, directed by Jay Roach for HBO. On August 17, 2020, she was cast as Zoe Murphy in Stephen Chbosky’s film adaptation of the Broadway musical Dear Evan Hansen.

In 2021, she starred as Abbi Miller in episode 3 of B.J. Novak’s FX anthology series The Premise. In the same year, she also featured in the title role of the film Rosaline, and Betsy Mallum in the 2021 Hulu miniseries Dopesick. 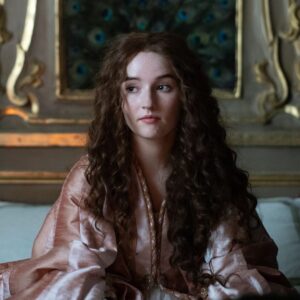 In 2020, Kaitlyn formed a musical duo group Beulahbelle with her sister. In February 2020, they released their first single, Raleigh. In 2014, Kaitlyn was dating Ansel Elgort. But currently, she is single and not dating anyone. 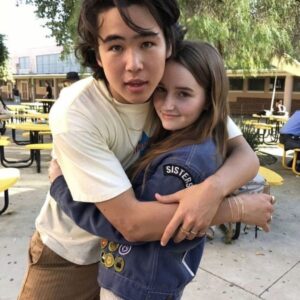 Kaitlyn has a net worth of $3 million. 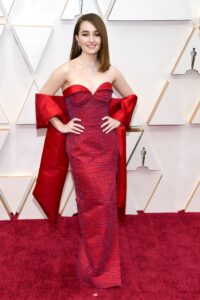 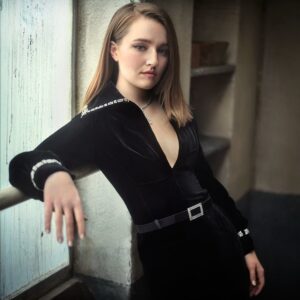