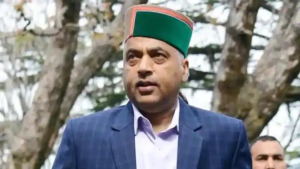 Jai was born on 6th January 1965 in Tandi, Mandi, Himachal Pradesh. He was born to a poor farming family. He was among five siblings – two sisters and three brothers. His father’s name is Jethu Ram, he worked as a mason. His mother’s name is Briku Devi. He is married to ABVP colleague Dr. Sadhana Thakur with whom he has two daughters, Priyanka Thakur and Chandrika Thakur. Both daughters are studying MBBS in Himachal Pradesh. The elder daughter is studying in RPGMC Tanda while the younger one was selected to SLBSGMC Ner Chowk in 2018. 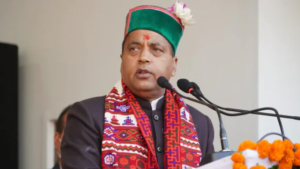 Jai attended primary education at Kurani School. Later in 1987, he went to Vallabh Government College Mandi for graduating with a B.A. Then he did Post-Graduation (M.A.) from Panjab University, Chandigarh. 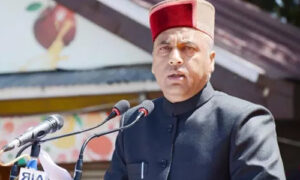 During his college days in Vallabh Govt. College, Jai won his election under ABVP, which led to his long association with the student organization. In 1998, he won his first elections and was elected to State Legislative Assembly.

From the year 2009 to 2012, he was inducted into the council of Ministers and became the Minister of Rural Development and Panchayati Raj. In 2012, he won the State Legislative Assembly for the consecutive fourth time.

In the State Assembly election of 2017, BJP won a two-third majority but its Chief Ministerial candidate Prem Kumar Dhumal was defeated from the Sujanpur assembly segment. As Jai Ram has a very strong connection with RSS and a strong political portfolio, he became the top choice of the party to become the Chief Minister of the state. He is the first Chief Minister from the Mandi district and he is the 14th Chief Minister of Himachal Pradesh. 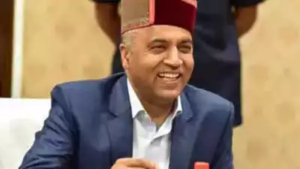