Tiger Shroff’s ‘Heropanti 2’ has been released in theatres. In 2014, Tiger started his career with the film ‘Heropanti’. This is the second film in that franchise. But the story of both the films is different. There is a story in this film too, it took us a long time to accept that.

The story of ‘Heropanti 2’ is about a boy named Bablu who is probably a spy or Secret Service agent. He has done a lot of scandal in the past. But now he lives in Yorkshire with his mother after changing his name. With whomever he messed up, everyone wanted to kill him. The film was to be shot at international locations. That’s why all these villains are from different parts of the world. Some from Egypt, some from China. On the other side is Laila. He is gangster. is hacker. Loves magic. His sister Inaya is Bablu’s girlfriend. However, Laila, impressed by Bablu’s hacking abilities, plans to rob all the banks of India with him. Can those people do this? If not, how does Bablu stop Laila? What happens to those who wanted to kill Bablu? These are some questions, even knowing the answers to which will not bring much change in your life. Saridon’s cost will be different!

Heropanti 2 is one such film, which has been made with the aim of capitalizing on the action talent of Tiger Shroff. But that action has to fit in a story. With this idea, Sajid Nadiadwala, Ahmed Khan and Rajat Arora wrote a story. Let me tell you one scene from that story. Bablu is shot in the hip. Due to the danger to his life, he cannot go to any hospital. So he goes to the veterinary doctor. It is not wired for Tiger to go to the animal hospital. What happens there is different. A nurse gives him an injection to be given to horses and donkeys.

After which Bablu faints. He wakes up and goes to a zombie party nearby. Where is A.R. Dances to the song ‘Dafa Kar’ composed by Rahman. In this situation, A.R. Your heart starts sweating for Rahman. A song comes after every four scenes, which you cannot remember even if you want to. Or rather, don’t want to remember. You can listen by clicking on the link given below-

This film takes place in two timelines. One present time and the other flashback. But there is no difference between these two. Because in both the situations Tiger Shroff is doing the same thing. Public disappointed! Two things seem positive in ‘Heropanti 2’. Tiger’s character runs away from action and action. He tries hard to resist, but he has nothing to do in the film other than him.

Nawaz’s character Laila is said to be a hacker. Basically he has good understanding of computer and internet. The film tries to justify that thing in its climax. But this scene looks like the climax of Salman Khan’s film ‘Kick’, where Shiva Gajra is killed by Devi Lal. Tiger Shroff has played the role of Bablu in the film. One who wants to live his life in peace. He wants to do good to the people. But it is his compulsion to take action because without him the picture will not work. It is said about Tiger that he is not an actor, but a star. But in which book it is written that the stars are not allowed to perform. Action is the forte of Tiger. He performs world-class stunts with great ease. But now there is a huge need for them to get out of the comfort zone. Being typecast and being repetitive in every film are two different things. Tiger has become repetitive. 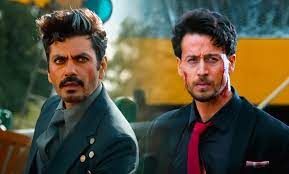 Tara Sutaria plays a billionaire named Inaya in the film, who is in the gaming business. This is such a flooded character that a separate essay can be written on it. Generally, in the reviews of films, we get to read that such actors got less screen time. Taking cognizance of this, the makers of ‘Heropanti 2’ have corrected themselves.

Inaaya’s character appears in more or less 70 percent of the film. But he is not saying or doing any such thing, which can do any kind of manipulation in the narrative of the film. Nawazuddin Siddiqui played the role of Laila. Laila is a clichéd eccentric villain. An attempt has been made to correct the profile by adding hacking and feminine angles to it. But even Nawaz’s over-the-top performance could not save the film. Apart from these, Zakir Hussain and Amrita Singh also appear in the film. 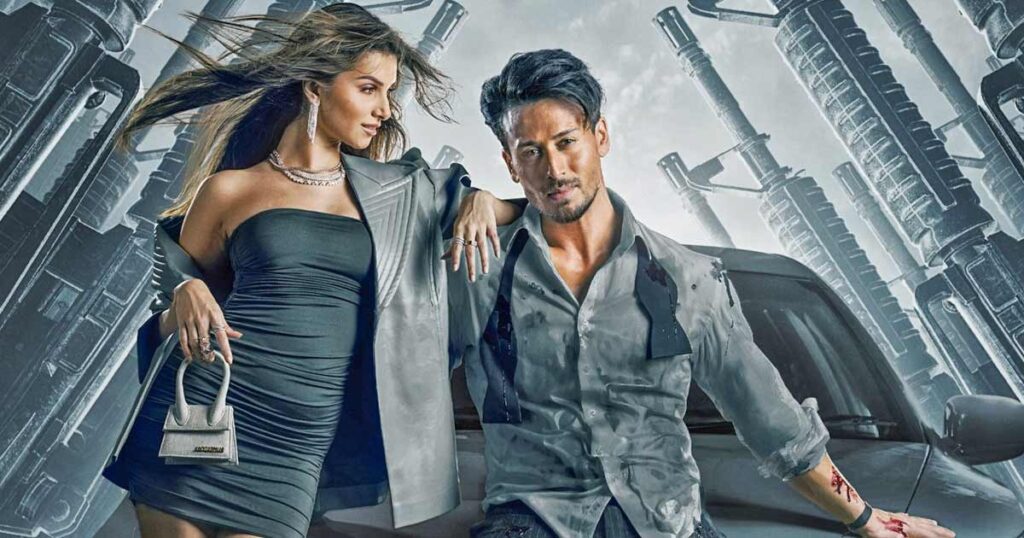 Overall, the Hindi-speaking filmmakers have taken the audience for granted. They feel that whatever they make, the public will see. Public will stop watching, such films will automatically stop being made. Films like ‘Heropanti 2’ are called mass entertainers. But it should be a legally made film. There is nothing in ‘Heropanti 2’ which you have not seen before. Or want to look further. This film ridicules the cinema medium. ‘Heropanti 2’ cannot create any third emotion in you except regret and despair.