General Manoj Pande, PVSM, AVSM, VSM, ADC was born on May 6, 1962, and serving as the 29th and the current Chief of the Army Staff. He previously served as the Vice Chief of the Army Staff, General Officer-Commanding-in-Chief of Eastern Command and also as the Commander-in-Chief (CINCAN) of Andman and Nicobar Command. As Army Chief, he is the first officer from the Corps of Engineers.

General Manoj Pande took over as the Honorary Colonel of the Sikh Light Infantry Regiment on 11 May 2022.

He was born into a Marathi brahmin family to Dr. C. G. Pande, a consulting psychotherapist who retired as the Head of the Department of Psychology at Nagpur University, and Prema, an announcer and host with All India Radio. Nagpur is home to the family. He graduated from Somalwar high school in 1979 and joined NDA’s 61st course, where he graduated with the degree of Bachelor of Science. After graduating from the NDA, he joined the Indian Military Academy and was commissioned as an officer. Later, he earned a Bachelor of Technology degree in Civil Engineering from the College of Military Engineering, Pune.

Pande was commissioned into the Bombay Sappers, one of the regiments in the Corps of Engineers, in December 1982. He attended the Staff College, Camberley in the United Kingdom. After completing the course, he returned to India and was appointed brigade major of a mountain brigade in Northeast India. After promotion to the rank of Lieutenant Colonel, he served as the Chief Engineer at the United Nations Mission in Ethiopia and Eritrea. Pande has commanded the 117 Engineer Regiment along the Line of Control (LOC) in Jammu and Kashmir. He was in command of the regiment during Operation Parakram. He then attended the Army War College, Mhow and completed the Higher Command Course. After the course, he was appointed Colonel Q at HQ 8 Mountain Division. The division was then commanded by the Major General Dalbir Singh Suhag. He was then promoted to the rank of Brigadier and given command of an Engineer brigade as part of a Strike Corps in the western theatre. He also commanded the 52 Infantry Brigade, positioned along the LOC. Pande was selected to attend the prestigious National Defence College. After completing the course, he was appointed Brigadier General Staff Operations (BGS-Ops) at HQ Eastern Command.

Pande was promoted to the rank of Major General and took command of the 8 Mountain Division, which conducted high-altitude operations in western Ladakh. At Army Headquarters, he was the Additional Director General (ADG) in the Military Operations directorate. He served as the Chief of Staff for the Southern Command after being promoted to Lieutenant General. On 30 December 2018, Pande took command of the IV Corps at Tezpur from Lieutenant General Gurpal Singh Sangha. The corps is deployed along the Line of Actual Control (LAC) as well as in Counter-insurgency operations in the North-East. After about a year-and-a half at the helm of IV Corps, he moved to Army HQ and was appointed Director General dealing with subjects of Discipline, Ceremonial and Welfare.

Pande was appointed Commander-in-Chief of the Andaman and Nicobar Command (CINCAN) on 30 April 2020. In June 2020, he assumed command after Lt Gen P S Rajeshwar retired on 31 May 2020. A year later, he was appointed General Officer Commanding-in-Chief, Eastern Command. He handed over CINCAN to Lieutenant General Ajai Singh on 31 May and took over the Eastern Command on 1 June. He was appointed as the next Vice Chief of the Army Staff, succeeding Lieutenant General Chandi Prasad Mohanty on his superannuation on 31 January 2022. 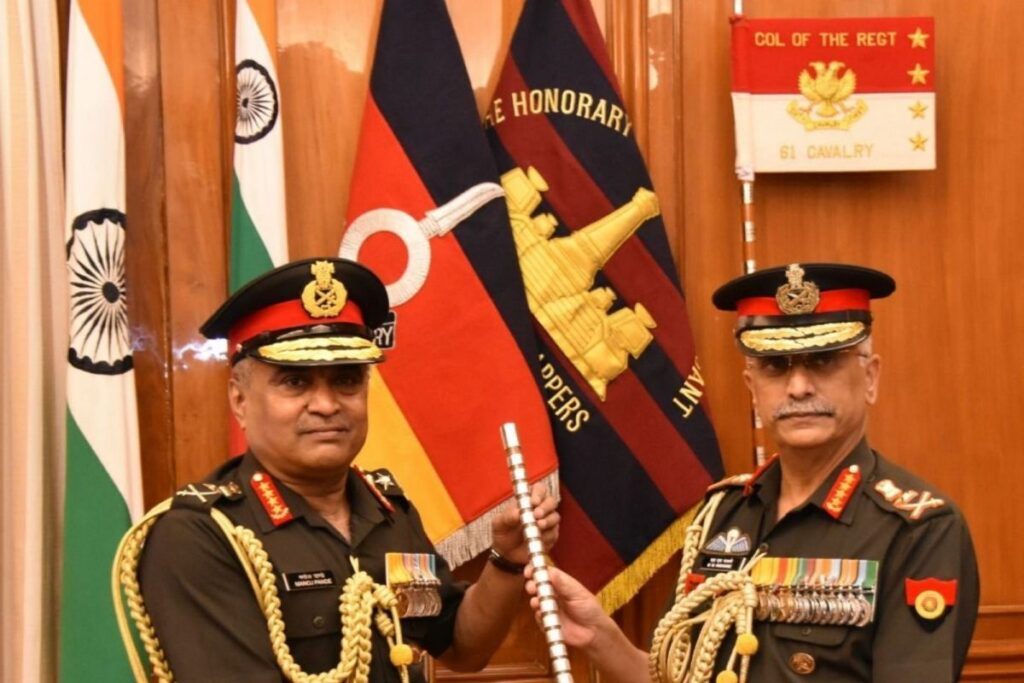 On 18 April 2022, the Government of India appointed him as the next Chief of the Army Staff, succeeding General Manoj Mukund Naravane.

As of 11 May 2022, General Manoj Pande has been appointed Honorary Colonel of the Sikh Light Infantry Regiment. He was presented with the Baton & regimental accoutrements by Lt Gen DP Pandey.

Pande married Archana Salpekar, a gold medalist from Government Dental College and Hospital, Nagpur on 3 May 1987. The couple have a son, who is an officer in the Indian Air Force. 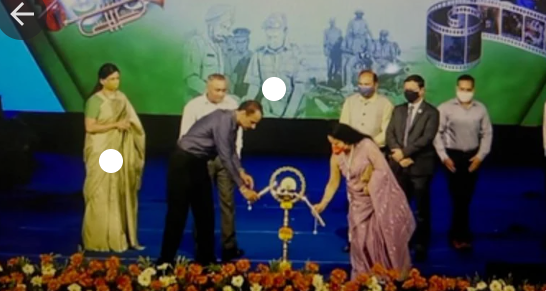 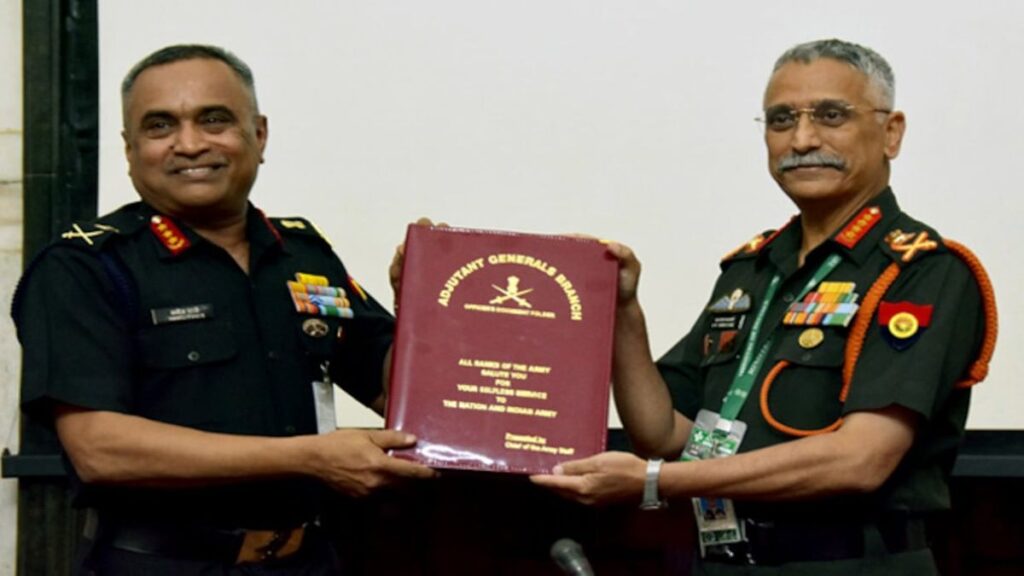 He was born into a Marathi brahmin family in India.

General Manoj Pande is Next Army Chief of India ?

The Next Chief of Indian Army has been announced. Lt Gen Manoj Pandey will be the new Army Chief in the Indian Army. The central government has given green signal to his appointment. He will replace current Chief of Army Staff MM Naravane who is retiring at the end of this month. 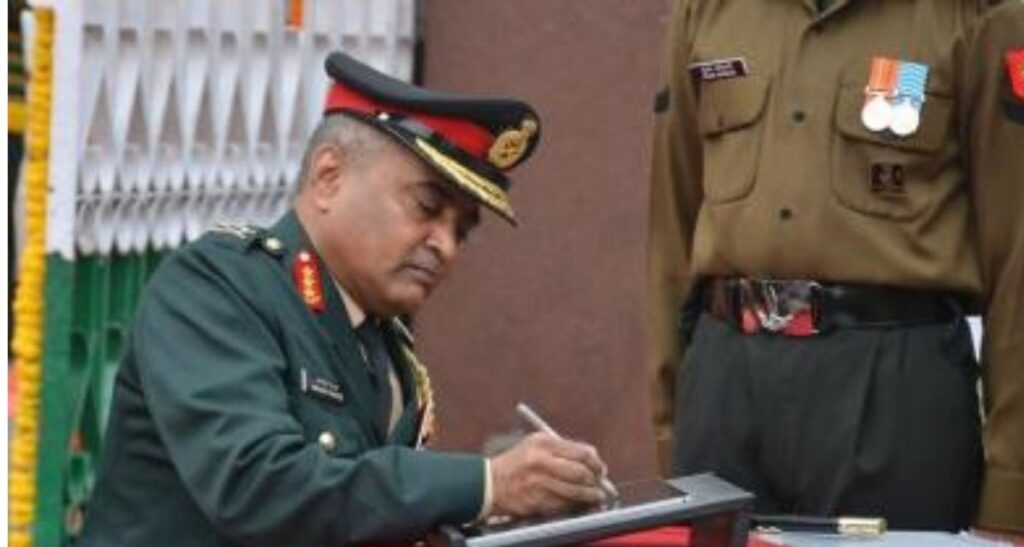 After Manoj Mukund Naravane, Lieutenant General Manoj Pandey is the most senior officer in the army. He comes from the Army Corps of Engineers. Till date no army officer has become the army chief with this combat engineering support. Manoj Pandey is the first engineer officer of the army who is going to hold this post.

General MM Naravane #COAS & All Ranks of #IndianArmy congratulate Lieutenant General Manoj Pande #VCOAS on being appointed as the 29th Chief of the Army Staff #COAS of the #IndianArmy. Lt Gen Manoj Pande will assume the appointment of #COAS on 01 May 2022.#InStrideWithTheFuture pic.twitter.com/fiUpc29U2A

After Manoj Pandey’s name surfaced as the next Army Chief, talks have started on the future role of the current Army Chief, General Naravane. There is a discussion in media reports that General Naravane is being considered as a contender for the post of Chief of Defense Staff. In December last year, the country’s first CDS General Bipin Rawat was martyred in a helicopter accident. Since his death, the post of CDS is still vacant.