Derrick White is an American professional basketball player for the Boston Celtics of the National Basketball Association (NBA). He played three years of college basketball in Division II for the Colorado–Colorado Springs Mountain Lions before transferring to the Division I Colorado Buffaloes for his final season. 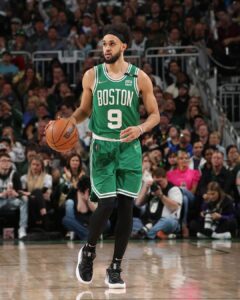 Derrick White was born on 2nd July 1994 in Parker, Colorado, United States to Richard White, and Colleen White. He also has an elder sister Brianna White. 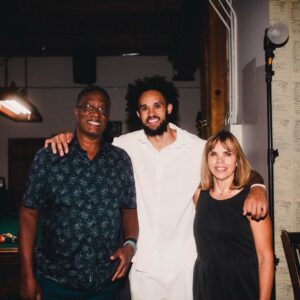 In 2021, Derrick got married to Hannah White. In 2022, the couple welcomed their son, Hendrix James White. 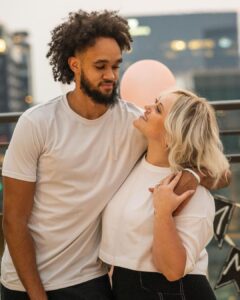 The San Antonio Spurs drafted White with the 29th pick of the 2017 NBA draft. He was also included in the Spurs’ 2017 NBA Summer League roster.  On July 6, White signed with the Spurs. 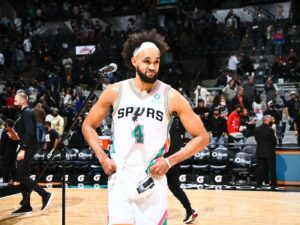 On December 21, 2020, the Spurs announced that they had signed White to a reported four-year, $73 million rookie scale extension.

On February 10, 2022, White was traded to the Boston Celtics in exchange for Josh Richardson, Romeo Langford, a 2022 first-round pick, and the rights to swap 2028 first-round picks. On 11th February 2022, he played his first game with the Celtics. 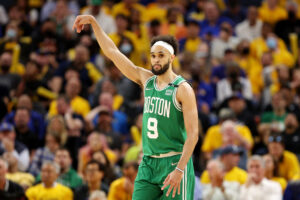 On August 24, 2019, White was included in the US national team’s final roster for the 2019 FIBA Basketball World Cup. 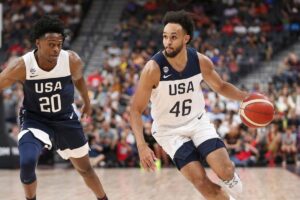 He has a net worth of an estimated $18 million. 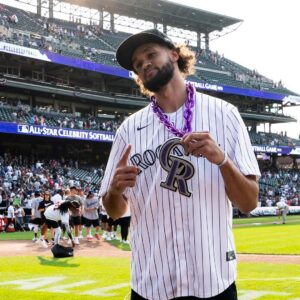