Marcus Osmond Smart popularly known as Marcus Smart is an American professional basketball player for the Boston Celtics of the National Basketball Association (NBA). He played college basketball for the Oklahoma State Cowboys. 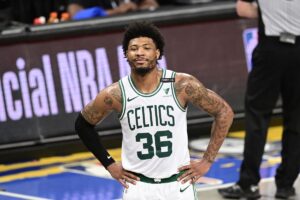 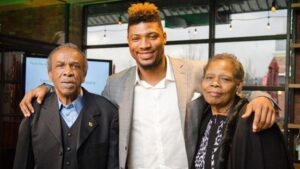 In the  2022 Christmas, it was revealed that Marcus is engaged to his girlfriend Maisa Hallum, a creative director, and businesswoman. 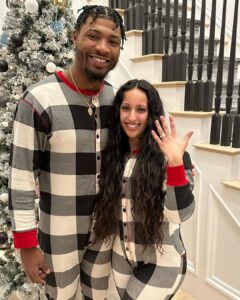 On June 26, 2014, Smart was selected as the sixth overall pick in the 2014 NBA draft by the Boston Celtics. On December 4, he was assigned to the Maine Red Claws of the NBA Development League. On March 21, he was suspended for one game without pay for hitting San Antonio Spurs forward Matt Bonner in the groin the previous night.

On January 15, 2016, in a win over the Phoenix Suns, Smart recorded his first career triple-double with 10 points, 11 assists, and 11 rebounds, becoming the first Celtics player to record a triple-double off the bench. 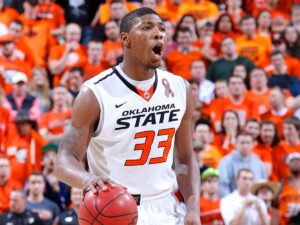 On April 28, 2021, Smart was suspended for one game without pay for directing threatening language toward a game official. On August 16, 2021, the Celtics re-signed Smart to a 4-year, $77 million contract extension. 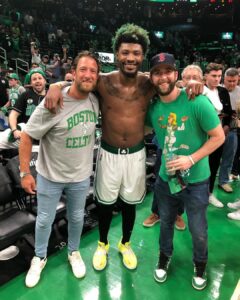 He has a net worth of an estimated $20 million. He is the 90th highest-paid NBA player’s net worth. 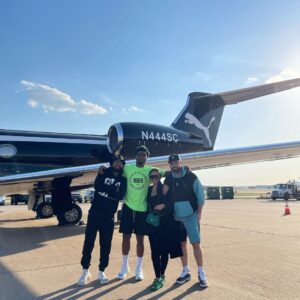 He completed his schooling at Edward S. Marcus High School in Flower Mound, Texas. Later, he enrolled at the Oklahoma State University. 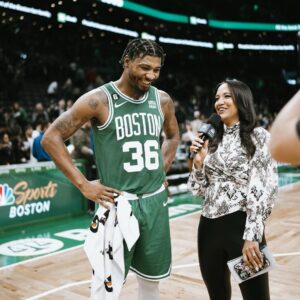