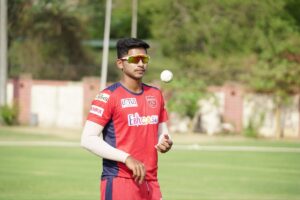 Darshan Nalkande was born on 4 October 1998 in Wardha, Maharashtra. His father is Girish Nalkande and his mother Sapna Nalkande is a lawyer. He also has an elder brother Gaurav Nalkande and an elder sister. 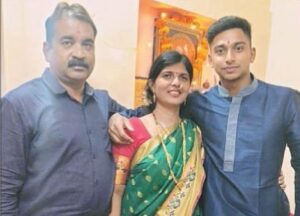 Darshan did his college education from Dr. Ambedkar College, Nagpur. He used to play cricket at home with his elder brother Gaurav, then he went for a summer camp at Akola Cricket Club. The coach who was impressed by his game and asked Darshan to play cricket professionally.

Darshan started playing cricket as a bowler. He made his List-A, First Class and T20 debut while playing for the Vidarbha team.

In December 2018, he was bought by the Punjab Kings in the player auction for the 2019 Indian Premier League (IPL).

He made his Twenty20 debut for Vidarbha in the 2018–19 Syed Mushtaq Ali Trophy on 21 February 2019. In February 2022, he was bought by the Gujarat Titans in the auction for the 2022 Indian Premier League tournament. In April 2022, he made his IPL debut against Punjab Kings. 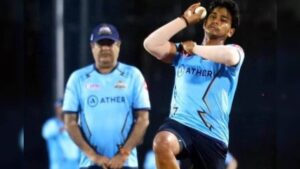 Some Interesting Facts About Darshan Nalkande