Bhupendra Rajnikant Patel was born 15 July 1962 is an Indian politician and the current Chief Minister of Gujarat since September 2021. His political party is the Bharatiya Janata Party (BJP). As a member of the Gujarat Legislative Assembly representing Ghatlodia constituency in 2017, he began his political career in the municipal bodies of Ahmedabad. 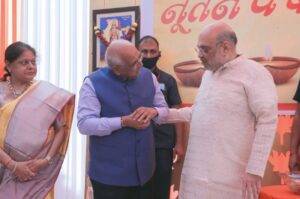 Bhupendrabhai Patel was born on 15 July 1962 to a Gujarati in Ahmedabad, Gujarat, India.Bhupendrabhai Patel has received Diploma in Civil Engineering from the Government Polytechnic, Ahmedabad in April 1982. He has been associated with Rashtriya Swayamsevak Sangh.

He is a builder by profession. He is a trustee of Sardardham Vishwa Patidar Kendra and a chairman of the standing committee of Vishwa Umiya Foundation. He is a follower of Akram Vignan Movement founded by Dada Bhagwan. He is interested in cricket and badminton. 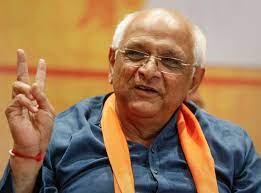 He was sworn in as the Chief Minister of Gujarat on 13 September 2021. On 8 February 2022, he launched a new Gujarat IT/ITeS policy, 2022-2027. It was under his influence and leadership that the Bharatiya Janata Party won a mammoth and record-breaking 157 of the 182 seats, with the party forming the state government for the record 7th consecutive time. 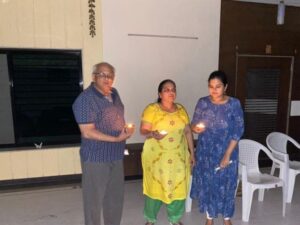 The name of his wife is Hetal Patel.

His son’s name is Anuj Patel, and Devanshi Patel is Bhupendra Patel’s daughter-in-law.

Bhupendra Patel belongs to the Gujarati Kadava Patidar community. He is the trustee at Sardar Dham and Vishwa Umiya Patidar foundations.

Gujarat Chief Minister Bhupendra Patel on Thursday won a second consecutive victory from the urban constituency of Ghatlodia with a margin of 1.92 lakh. The BJP has already announced that Patel will retain the post of chief minister.

Patidar-dominated Ghatlodia seat, which is part of the Gandhinagar Lok Sabha constituency, has given Gujarat two chief ministers — Bhupendra Patel and Anandiben Patel. It is a stronghold of the BJP.

In 2017, despite the Patidar quota agitation which made things difficult for the ruling party, Bhupendra Patel had won the seat with a margin of 1.17 lakh votes. 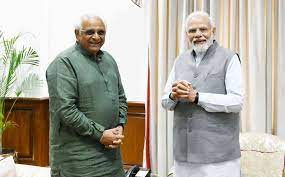 Ghatlodia, which has around 3.70 lakh registered voters, was carved out as an assembly constituency following delimitation in 2012. Earlier, it was a part of Sarkhej constituency. In 2012, Anandiben Patel had won the seat with a margin of more than 1.1 lakh.

Against the incumbent chief minister, the Congress fielded noted lawyer and activist Amiben Yagnik whose door-to-door campaign focussed on price rise, unemployment and alleged corruption. Besides Patidars, the other dominant social group in the constituency is the Rabaris, who are classified as OBC.

The community’s votes are mostly split between the Congress and BJP.

Some Interesting Facts About Bhupendra Patel