Balbir Singh is an Indian Politician who belongs to Bharatiya Janata Party (BJP). He is the MLA representing the Chintpurni Assembly constituency of Himachal Pradesh. 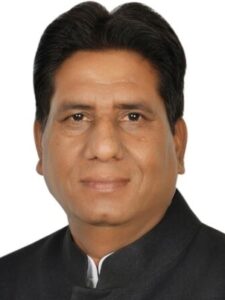 In 2007, he won Himachal Pradesh Legislative Assembly and became a member of the various house committees.

Balbir was born on 8th October 1963 in Baroa, Una, Himachal Pradesh to Sh. Gangoo Ram and Smt. Roshani Devi. His wife’s name is unknown but by profession, she is a businesswoman.

According to some reports, Balbir has assets of Rs4 crore.