Falaq Naaz is an Indian television actress. The younger sister of Shafaq Naaz; she is best known for her roles in TV shows telecasted on Colors TV channel, most notably the long running soap opera Sasural Simar Ka in which she played the character of Jhanvi Bhardwaj. Her other collaborations with the channel were Mahakali — Anth Hi Aarambh Hai, Roop, Vish Ya Amrit: Sitara and Ram Siya Ke Luv Kush. 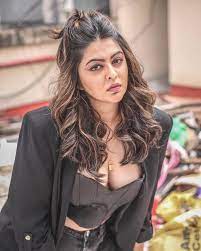 Shafaq Naaz was born on 7 February 1992 in Kota district of Rajasthan. Her father and mother were separated when she was very young.

Shafaq was grow up in her granny’s house and lived with her family at Mohalla Shakurnagar, located at Lisadi Road, Meerut. Shafaq’s mother’s name is Kahkansha. Apart from her, Shafaq have her elder sister Falaq Naaz, and two brothers are Sheejan and Saabir in family. Elder sister Falaq Naaz is also a TV actress like her and has done shows like the Adalat, Sarural Simar ka. Shafaq’s younger brother Sheejan is four years younger than her. 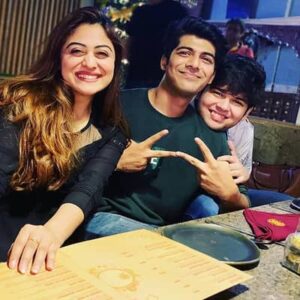 Shafaq Naaz studied 12th standard from St Thomas English Medium School of Meerut. Famous Actress in the world of television, Shafaq wanted to become a doctor in childhood while her sister’s dream was being a businesswoman. She has also trained in Kathak from Saroj Khan’s Dance Academy. 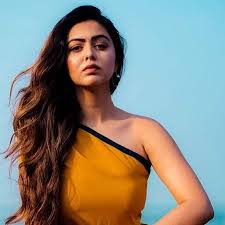 Naaz had received dance training from prominent Bollywood choreographer Saroj Khan in 2010, before she played a cameo in the longest-running comedy series Taarak Mehta Ka Ooltah Chashmah, thus making her acting debut. She followed it with roles in other TV serials, including Devon Ke Dev…Mahadev, in which she portrayed Lakshmi and Sita from 2011 to 2012.

She was noticed when she played Jhanvi Bharadwaj in Colors TV’s Sasural Simar Ka from 2013 to 2017. Alongside Sasural Simar Ka, Naaz essayed Ruqaiya Sultan Begum in Bharat Ka Veer Putra – Maharana Pratap from 2014 to 2015. Post her stint in Sasural Simar Ka ended, she bagged the mythological drama Mahakali on the same channel. 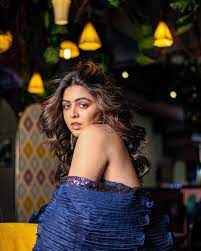 Along with her role in Mahakali, she appeared in Shankar Jaikishan 3 in 1as one of the lead in the show as a doctor, Twinkle Kapoor. She entered Colors TV’s Roop – Mard Ka Naya Swaroop as Minal, a class teacher in June 2018. Four months later, she starred in Star Bharat’s new venture RadhaKrishn as Devki in a cameo.

In November 2018, Naaz signed Adaa Khan starrer Vish Ya Amrit: Sitara on Colors TV, wherein she played Chhabili. It didn’t top the ratings and was wrapped up in June 2019. In her next venture, she portrayed Mandodari in the channel’s mythological show Ram Siya Ke Luv Kush, until it concluded in February 2020. 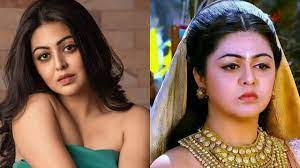 Shaffaq Naaz loved to eat Non-veg very much. She likes eating Meerut’s food and shopping. Naaj loves Meerut’s Ice Cream. Whenever she comes to Meerut, she goes to Abulan to eat ice cream.

Her father and mother divorced when she was quite little. Shafaq was born at her grandmother’s house and raised with her family in Mohalla Shakurnagar on Lisadi Road in Meerut. Kahkansha is Shafaq’s mother’s name. Shafaq’s family also includes her elder sister Falaq Naaz and two brothers, Sheehan and Saabir.

Falaq Naaz, her elder sister, is also a TV actor and has been in episodes such as Adalat, Sasural Simar Hindu deities. Sheejan, Shafaq’s younger brother, is four years younger 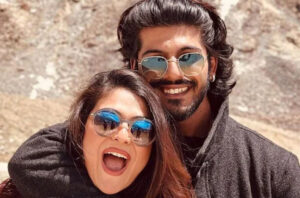 Shafaq Naaz’s net worth is between Rs 5 and Rs 10 crore.

Some Interesting Facts About Shafaq Naaz