Mohit Goyat is an Indian professional Kabaddi player. He is the all-rounder of Puneri Paltan in the Pro Kabaddi League. He plays in national-level competitions. 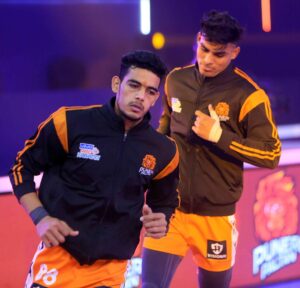 Mohit Goyat was born on 19th January 2000 in Bhaini Kungar Village, Bhiwani District, Haryana, India. He started playing kabaddi at the age of 11. He studies in a government school that had a good kabaddi program. His family used to support him. 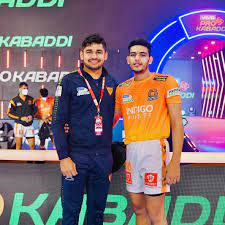 Mohit was the Bhaini School’s captain early in his career. During his K7 stage Kabaddi career, he scored 179 points in 13 games during the K7 Kabaddi Stage Up Tournament.

Pune’s coach Anup Kumar noticed his talent and decided to make him play for Puneri Paltan. Mohit started his PKL career in the 8th season. He was bought by Puneri Paltan for Rs 8 lakhs. He made his debut against the Telugu Titans, making a total of 14 raids and scoring 9 points in the victory. 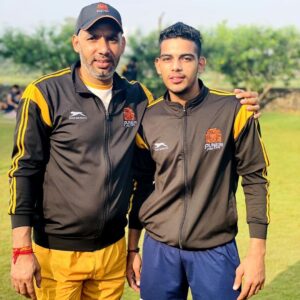 Mohit is bought in Rs 8 lakhs by the franchise.