Mohamed Salah Hamed Mahrous Ghaly (Arabic: محمد صلاح حامد محروس غالي, Egyptian Arabic pronunciation: [mæˈħam.mæd sˤɑˈlɑːħ ˈɣæːli]; was born 15 June 1992, also known as Mo Salah, is an Egyptian professional footballer who plays as a forward for Premier League club Liverpool and captains the Egypt national team. Considered one of the best players in the world and amongst the greatest African players of all time, he is known for his finishing, dribbling, and speed. 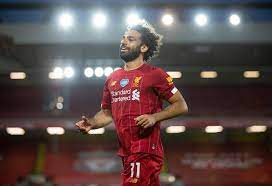 Salah started his senior career in 2010 playing for Al Mokawloon, departing in 2012 to join Basel, where he won two Swiss Super League titles. In 2014, Salah joined Chelsea for a reported fee of £11 million, but limited gametime led to successive loans to Fiorentina and Roma, who later signed him permanently for €15 million. In the 2016–17 season, Salah was a key figure in Roma’s title race against ultimate league winners Juventus, reaching double figures in both goals and assists.

Salah’s playing career started at Egyptian side, El Mokawloon where he played for the youth side before appearing in the senior team in 2010. During the 2010-11 season, Salah began to play more regularly for El Mokawloon and scored his first goal for them in 2010. The 27-year-old continued to start for El Mokawloon, playing every game in the 2011-12 season.

However, the Port Said Stadium riot, which took the lives of 73 people, halted the Egyptian Premier League. On 1 February 2012, the Premier League was suspended and on 10 March 2012 the remainder of the season was postponed.

This led to Salah’s move to Swiss side, Basel. They had been monitoring him for a while and decided to act once the Egyptian Premier League was postponed. Basel organised a friendly game with Egypt’s U-23 and spoke to Salah after the game, showing their interest in the player.

Salah was at Basel for two years, playing 47 games. During his time he scored nine goals for then. His performances both in European competitions and in the league, attracted his next club, Chelsea. He helped Basel beat Tottenham Hotspur in the Europa League quarterfinals in 2013, scoring in a 4-1 win on penalties after the game was tied 4-4 on aggregate.

Salah scored against more English opposition by scoring in the semi-finals against Chelsea. Basel were ultimately beaten 5-2 after the two legs.

The 2013-14 season saw Basel play in the Champions League, where Salah also had a say in important matches. On 18th September, he scored the equaliser in a 2-1 win against Chelsea in the group stages. Salah then went on to score in the return leg in November. He scored the only goal in a 1-0 win.

In January 2014, Chelsea signed Salah for a reported fee of £11million, making him the first Egyptian to play for Chelsea. However, his Chelsea career did not go as planned.

Salah rarely played at Stamford Bridge, joining the club at a difficult time, with manager at the time, Jose Mourinho receiving a lot of abuse for his side struggling.

Mourinho stated a few years after Salah’s time at Chelsea that he wished things had gone better for him at Stamford Bridge and that he didn’t want to sell him. 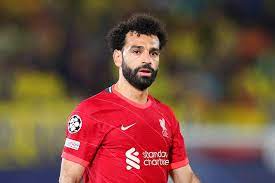 Despite the season ending disappointment for the Reds and for Salah, with the winger being forced off in the Champions League final after 30 minutes and Liverpool eventually losing the final to Real Madrid 3-1, there was no denying that Salah would be destined for greatness.

A fight for fitness saw him play in the 2018 World Cup for Egypt. The country placed all their hopes of success on him. However Salah could not help Egypt from qualifying. He missed their opening game due to injury but played and scored in the following two. Egypt lost all three games and failed to qualify.

Many believed that Salah would fail to hit the same heights as he did in the 17/18 season, but proved that he was not a ‘one season wonder’. He scored 22 goals in the Premier League, ending the season as joint top goal scorer alongside Sadio Mane and Pierre Emerick-Aubaymeyang.

Salah continued to break records for Liverpool. He became the fastest Liverpool player to score 50 goals, doing so in 69 games, beating Fernando Torres to the milestone. Salah also broke the record for the most goals for Liverpool after playing 100 games for the club, scoring 69 goals in that time. Roger Hunt and Sam Raybould previously held this record.

Salah was apart of a Liverpool team that finished second in the Premier League with a staggering 97 points and that won the Champions League. Salah scored the opening goal in the final in Madrid from the penalty spot.

So far this season Salah has continued the standard he has set for himself over the last two seasons.

In 26 appearances for Liverpool this season, he has 16 goals and has been pivotal to the Reds being 25 points clear at the top of the table. An imminent Premier League title will be well deserved for all the players, but Salah will prove a lot of people wrong with his winners medal. Many wrote Salah off after his misfortunes at Chelsea, but he has proved them all wrong.

In 100 Premier League appearances for Liverpool, he has 70 goals, seven more than Torres who held the record. 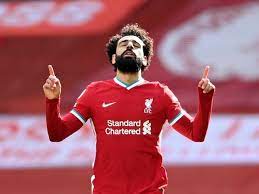 Salah and his wife, Maggi, married in 2013. Their daughter, Makka, born in 2014,[260] is named in honour of the Islamic holy city of Mecca.[252] He had another daughter, Kayan, born in 2020.[261] Salah is Muslim and celebrates goals by performing the sujud. On this goal celebration, Salah told CNN, “It’s something like praying or thanking God for what I have received, but yeah, it’s just praying and praying for a win. I’ve always done that since I was young, everywhere.” 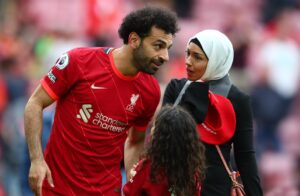 Salah enjoys playing football on his PlayStation, and has confessed jokingly that “Salah in the video game is stronger than the real one”. Salah has also revealed that his favourite food is kushari, an Egyptian working class dish in origin that is usually made from rice, pasta and lentils and topped with a variety of options including spiced tomatoes, chickpeas and onions.

As of February 2022, Salah’s projected net worth is thought to be around 88 million. His old deal at Liverpool was worth 240 thousand euros-per-week, but reports have claimed that his new contract will see him earn around 400 thousand per week, making him one of the highest paid players in the Premier League.19-Feb-2022 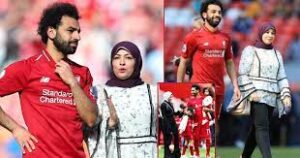 Some Interesting Facts About Mohamed Salah