Anubhav Singh Bassi was born on 9 January 1991 in Parikshitgarh, in the Meerut district of Uttar Pradesh, India into a Hindu Jat family. He is an Indian stand-up comedian. His career as a standup comic started after an open mic in 2017. Bassi’s YouTube videos have got 200 million+ views and he has over 3 million subscribers along with 1 million+ followers on Instagram. 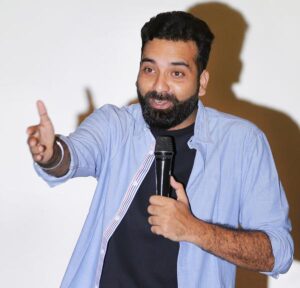 Along with this, he has done a monologue for Amazon Funnies. and a cameo in Zee5’s Comedy Couple. He has done his show tour, Bas Kar Bassi, in more than 35 cities across India. He also delivered a TED talk with great panache about his struggles. Bassi was awarded ‘Youth Icon of the Year’ by Golden Glory Awards (2021). He recently started his second Youtube channel be_a_bassi which has already gained over 480K subscribers. 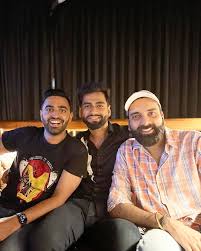 He completed his schooling from Dewan Public School, where he was the head boy. He graduated with a BA LLB degree from Dr. Ram Manohar Lohiya National Law University in Lucknow in 2015. Bassi has also been a UPSC aspirant and an entrepreneur, before entering into stand-up comedy. 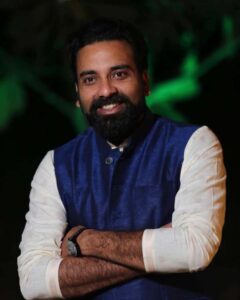 As a Stand-up Comedian

Anubhav tried a lot of career options before turning into a stand-up comedian; starting off as a lawyer. Next, he started a fast-food restaurant, but at his utter disappointment, he failed at it too. Then, he pursued a job in a law firm, but soon, realised that the nine-to-five job wasn’t meant for him. So, he started visiting open mics in his spare time. One day, in 2017,  he googled about an open mic, happening at the ‘Canvas Laugh Club’ and landed there to perform. When asked by the host whether he had a script, he murmure “Apni bezzati toh kar hi lenge”

The audience, as well as the organisers, loved his sets and invited him to perform the following day as well. Since then, there was no looking back.

Anubhav Singh Bassi made his YouTube debut with the video titled ‘Cheating’ in 2019. The video went viral and made Anubhav a star overnight. During an interview, he said,

Before posting it, I thought, ‘If this video hits 5 million views, I would feel like I’ve achieved something for my hard work’. The video started gaining views by a million a day. I stopped looking when it reached 4 million. 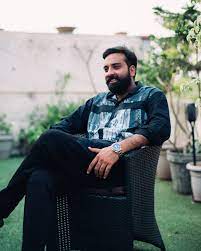 Anubhav is not a gym guy. He doesn’t like workouts and gym activities. In the Instagram video, he said that he does not like as such doing exercises and workouts.

Anubhav Singh Bassi does not follow any special diet or other supplements. He eats what he likes. He drinks and smokes occasionally.

Golden Glory Awards presented Bassi with the title of “Youth Icon of the Year” (2021).

Anubhav Singh Bassi has never revealed about their family, but he has his mother, father, and younger sister. Anubhav Singh Bassi lives with his parents most of the time but not much becuase he has to travel a lot for his shows and Performances. He has a very good family and their family supports his carrier and provides very positive confidence to him. 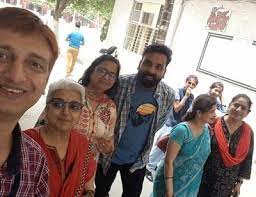 Stand-up comedian Anubhav Singh Bassi will be making his film debut in the upcoming film ‘Tu Jhoothi Main Makkaar’, which stars Ranbir Kapoor and Shraddha Kapoor in lead roles. His performance in the movie is an interesting aspect.

In addition, the comedian will also give a performance as a part of his hosting at the film’s trailer launch which is scheduled on January 23.

Talking about the trailer launch, a source informed, “Anubhav is sure to leave everyone in splits. Bassi is a fantastic stand-up comedian and is a master of humorous punches and knows how to hold the audience’s attention and keep them entertained.” The source added, “Moreover, he’s spent a lot of time with Ranbir and Shraddha throughout the shoot of the movie and the three share an amazing bond together, so it just made sense to have him host the event and do the honours.”