Maidan is an upcoming Indian Hindi-language biopic based on the golden era of Indian football (1952-1962). The movie is directed by Amit Sharma and produced by Boney Kapoor and Zee Studios.  Ajay Devgan is cast as football coach Syed Abdul Rahim along with Priyamani, Gajraj Rao, and Rudranil Ghosh. The music is composed by A.R. Rahman. 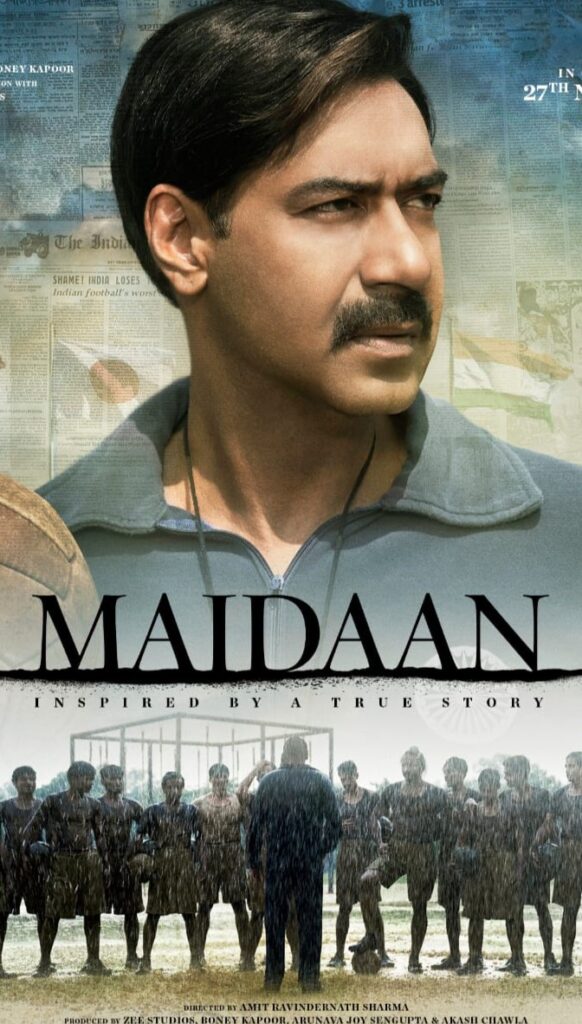 The movie is based on the life of Syed Abdul Rahim. He was born in the year 1909 in Hyderabad, also known as Rahim Saab. From the year 1950 to his death in 1963, he was an Indian Football coach and manager of the Indian national team. He was a teacher by profession and his time as a football coach of India is considered to be the “golden age” as under his guidance, the Indian team was able to reach the semi-finals of the Melbourne Olympic Football tournament in 1956 and India became the first-ever Asian country to reach this milestone.

Rahim also coached the Hyderabad city police from 1943-63 and later in the year 1951, India won its Asian Games gold medal. It was only in the 1962 Asian Games in Jakarta that he had his last and final success, where India won a gold medal beating South Korea.

The shooting began on 19th August 2019 but experienced delays due to the Covid-19 pandemic. The shooting was finally done in May 2022.

Initially, the movie was set to release in August 2021 but was delayed due to post-production works.

After the theatrical release of the movie, the movie will be available on Amazon Prime.

The budget of the movie is expected to be Rs 100 crores.