Kumar Kartikeya is an Indian cricketer. He plays domestic cricket from Madhya Pradesh. He has been signed by the Mumbai Indians in the 2022 edition of the Indian Premier League (IPL). 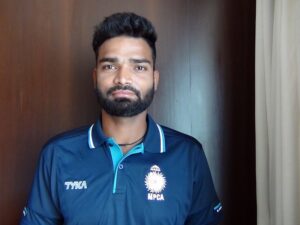 Kumar was born on 26th December 1997 in Sultanpur, Uttar Pradesh to Shyam Nath Singh, an Indian police officer, and Sunita Singh. He has an elder brother. 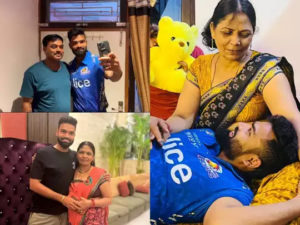 When Kumar was a child, he saw a smile on his father’s face when he was watching a cricket match. At that time, Kumar decided to become a cricketer. At the age of 15, he came to Delhi and joined a cricket academy. Initially, he worked as a factory labourer near Ghaziabad which was 80 km away from his academy. He used to work at night and save ten rupees so that he could afford a packet of biscuits. One day while practicing, his coach Sanjay Bhardwaj saw him bowling and asked him to stay with him in Delhi. For 6 years, he trained and stayed with his coach. His coach advised him to go to Madhya Pradesh and play there. He followed the advice and went to Gandhi Stadium in Shahdol. Because of his performance in division cricket, he got a chance to play in the Ranji trophy for Madhya Pradesh. 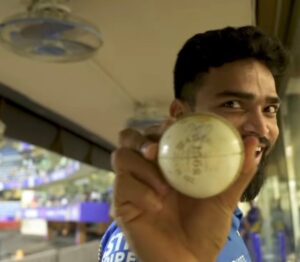 In April 2022, he was selected by Mumbai Indians as a replacement for Arshad Khan, after Khan was ruled out due to an injury. 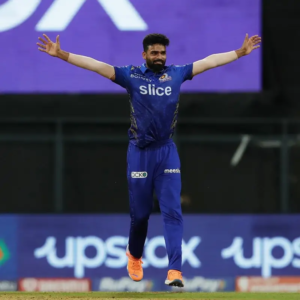 He started his career as a left-arm orthodox spinner, but later, he learned wrist spin and continued to bowl wrist spin. 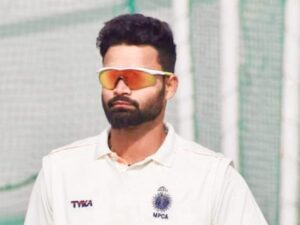