Akshay Kumar and Arshad Warsi were discussing an idea with Subhash Kapoor for a long time. Finally, they have been agreed upon.

A new name is going to be included in the list of Akshay Kumar’s films. This will be the third installment of the ‘Jolly LLB’ series. Tentatively, it is being called Jolly vs Jolly. The story behind this name is the special thing about this news.

What is the special thing about Jolly Vs Jolly?

In 2013, a film named ‘Jolly LLB’ came out. A film with well-known actors like Arshad Warsi, Saurabh Shukla, and Boman Irani. There was social satire. Courtroom drama. The film was praised. Earnings were also fine. Memes continued to be a strong part of pop culture. The sequel of this film came in 2017. Its name was ‘State Vs Jolly LLB 2’. In this, Akshay Kumar took Arshad’s place. But the film did not suffer much. Both critical and commercial success was achieved. The good thing is that Akshay’s superstardom has made the film satire.

Now the third part of this franchise is coming. Its name is being told as Jolly Vs Jolly. Because of this, both Arshad Warsi and Akshay Kumar will be seen together. Both were last seen in ‘Bachchan Pandey’. There was a difference in the length and importance of the characters of both people. In ‘Jolly vs Jolly’, both will be seen in parallel lead roles. 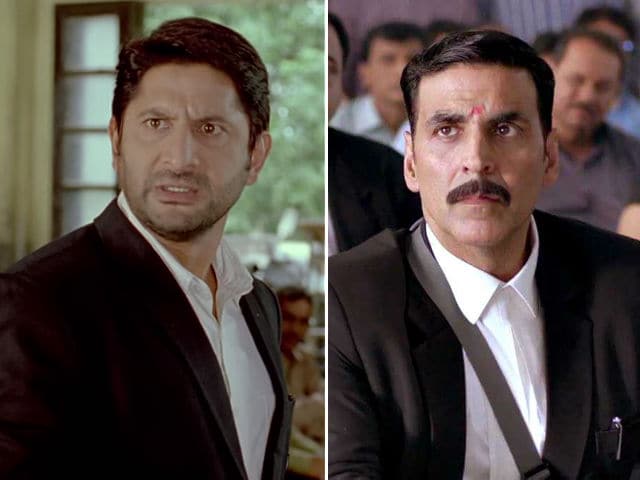 Subhash Kapoor started his career in 2007 with the film ‘Say Salaam India’. The picture got ugly. Then Subhash stood up, sweeping the failure. Made a black comedy named ‘Phas Gaye Re Obama’. Both the critics and the audience liked the film. After that came the ‘Jolly LLB’ series and Subhash’s career changed. Music baron Gulshan Kumar’s biopic ‘Mogul’ with Aamir Khan announced.This film was not made because an actress accused Subhash of molestation. After such news came out, Aamir refused to work in Subhash’s film.

Some time passed and Subhash returned to the film business. His comeback film was Richa Chadha starrer ‘Madam Chief Minister’. Subhash made a web series named ‘Maharani’ about Huma Qureshi. And now he is going to make ‘Jolly LLB 3’.

When will Jolly LLB 3 come?

Akshay Kumar and Arshad Warsi were discussing an idea with Subhash Kapoor for a long time. Finally, they have been agreed upon. According to a report published in Pinkvilla, this is such a topic, in which both jolly will be face to face. Also, this is going to be a very relevant issue. At present, the final touch is being given to the script. After that, the team of film will start the pre-production work. The shooting of ‘Jolly LLB 3’ may start in the first quarter of 2023. Because in early 2023, Akshay is going to go out of India for the shooting of ‘Bade MiyanChoteMiyan’.