Draupadi Murmu (born 20 June 1958) is an Indian politician who belongs to the Bharatiya Janata Party. She is the official nominee of the BJP led National Democratic Alliance for the 2022 Indian presidential election. She previously served as the ninth Governor of Jharkhand from 2015 to 2021. In India, she is from the Schedule Tribe community. She is the first governor of Jharkhand to complete the five-year term, and the first tribal to be nominated to the post of President of India. 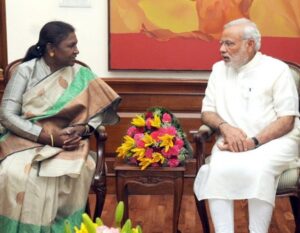 Draupadi Murmu was born on 20 June 1958 in Baidaposi village of Mayurbhanj district in Odisha to Biranchi Narayan Tudu. She belongs to the Santal community. Both Tudu and her grandfather were village headmen under the Panchayati Raj system.

Murmu was elected to the Rairangpur Nagar Panchayat in 1997. She also served as vice-president of the Bharathiya Janata Party’s Scheduled Tribes Morcha.

Her responsibilities as Minister of State with independent charge for Commerce and Transport during the Bharatiya Janata Party and Biju Janata Dal coalition government in Odisha ranged from March 6, 2000, to August 6, 2002, and Fisheries and Animal Resources Development from August 6, 2002, to May 16, 2004. In the years 2000 and 2004, she served as an MLA from Rairangpur assembly constituency in Odisha. In 2007, she was conferred the Nilkantha award for best MLA by the Odisha Legislative Assembly. 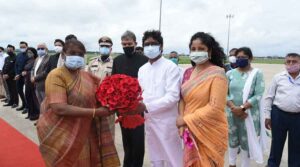 She was the first woman Governor of Jharkhand. She was the first female tribal leader from Odisha to get appointed as a governor in an Indian state. Furthermore, she is the BJP’s candidate for the elections to the office of India’s 15th President.

Draupadi Murmu was married to Shyam Charan Murmu. The couple had two sons, both of whom had died, and a daughter. 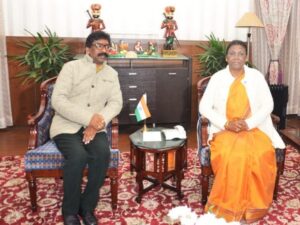 The BJP-led NDA has announced the name of its candidate for the post of President. With this, once again taking a shocking decision, unknown face Draupadi Murmu has been fielded in the presidential election. Earlier in the day, the opposition had announced former Union minister Yashwant Sinha as its President, while the BJP has declared Draupadi Murmu as its candidate.

The decisions were taken in the Parliamentary Board meeting held at the BJP Headquarters in Delhi. Apart from PM Modi, party President JP Nadda, Defense Minister Rajnath Singh, Union Home Minister Amit Shah, Nitin Gadkari and many other leaders were present in the meeting. 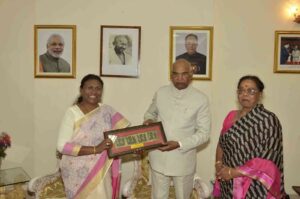 This time, the BJP has selected a tribal face for the post of President. Draupadi Murmu is the former Governor of Jharkhand. According to the information, the NDA constituent Biju Janata Dal at the Center has also agreed on the name of Draupadi Murmu. If Murmu wins the election, she will be the country’s first tribal president. BJP National President JP Nadda said that for the first time, priority is being given to a woman tribal.

Known Some Facts About Draupadi Murmu