Babloo Srivastava, a gangster who is currently serving a life sentence in Uttar Pradesh’s Bareilly Central Jail, has been accused by the Pakistani government of being the “mastermind” of the last year’s Lahore bombing. 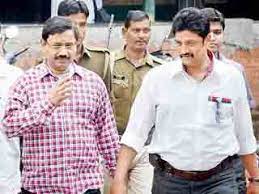 Om Prakash Srivastava, a resident of Ghazipur in Uttar Pradesh, is well-known in the world of crime by the name of Babloo Srivastava. From the days of college, Bablu started appearing in crime news. The year was 1982.

According to the report of Aaj Tak’s Arvind Ojha, Babloo was studying law from Lucknow University. Student union elections were going on in the university. And during this time a student is stabbed. 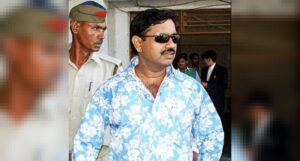 The injured student was related to Arun Shankar Shukla, who was considered a mafia in Lucknow at that time. Shukla accused Babloo Srivastava and Babloo was arrested.

Babloo met gangster Ram Gopal Mishra in jail. And from here he made J Curve in his crime graph. Babloo spread his crime empire from UP and Bihar to Maharashtra. Came in contact with the underworld. And he made his ‘mastery’ in kidnapping. Kidnapping big people for ransom. Within no time, Babloo Srivastava came to be known as Kidnapping King. Cases were being registered in the police records, but there was no difference in Babloo’s  health. 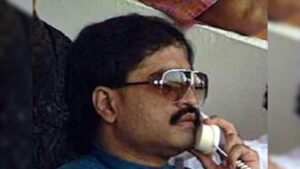 By the end of the decade, He had become a don. After that he went to Nepal. After staying there for some time, he went to Dubai in 1992. He met Dawood Ibrahim in Dubai. After coming under Dawood’s patronage, Babloo’s status increased further. Even big names were now being suppressed by him. He used to run his gang sitting abroad. But after the Mumbai bomb blasts in 1993, he broke ties with Dawood.

He was arrested in Singapore in 1995. He was brought to India. And at present he is lodged in Bareilly jail in UP.

In 2021, there was a blast outside Hafiz Saeed’s house, in which 3 people died. Islamabad also claims Babloo Srivastava is affiliated to RAW. India’s spy agency provided $875,000 to organise a “vast network of terrorists” to carry out the attack, it alleges. 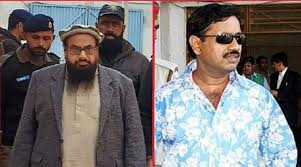 Sanaullah has described He as an agent of RAW. He said that two agents of the Indian Intelligence Agency, Babloo Srivastava and Ali Budesh, had carried out these blasts. Out of which Babloo is lodged in Bareilly Jail in UP while Ali Budesh was in Bahrain, Budesh died of illness a few months back.

What is the full case?

On June 23, 2021, there was a bomb blast outside the house of Hafiz Saeed, the mastermind of the Mumbai attacks and the master mind of Lashkar-e-Taiba. Three people died in this blast, 24 were injured. Although Hafiz Saeed was safe.

In this case, Pakistan police say that 200 kg of explosives is used in the attack. The blast took place in a residential area. In such a situation, the rest of the houses could also be damaged. Some people also claim that Hafiz Saeed was also present at the time of the blast. At present, Hafiz is lodged in Kot Lakhpat Jail in Lahore.

Pakistan’s Counter Terrorism Department registered a case in this matter. Pakistan claims that three people have been arrested. Among the accused, Peter Paul David, was identified from a car. It is alleged that David had arranged the entire attack. Pakistan claims that David was linked to two RAW agents. These two were Babloo Srivastava and Ali Budesh. And these same agents were providing funding to David.