Tamannaah Bhatia is back with her upcoming Indian drama film Babli Bouncer which is directed by Madhur Bhandarkar and written by Amit Joshi, Aradhana Debnath, and Madhur Bhandarkar. Besides Hindi, it is also filmed in Telugu and Tamil language.

The film revolves around a young girl, named Babli, from Asola Fatepur who relocates to Delhi in search of a job. She gets a job as a bouncer at a bar and soon becomes the top bouncer. Her parents want her to get married but she has some other plans for herself. Tamannaah has performed many action scenes in the movie. 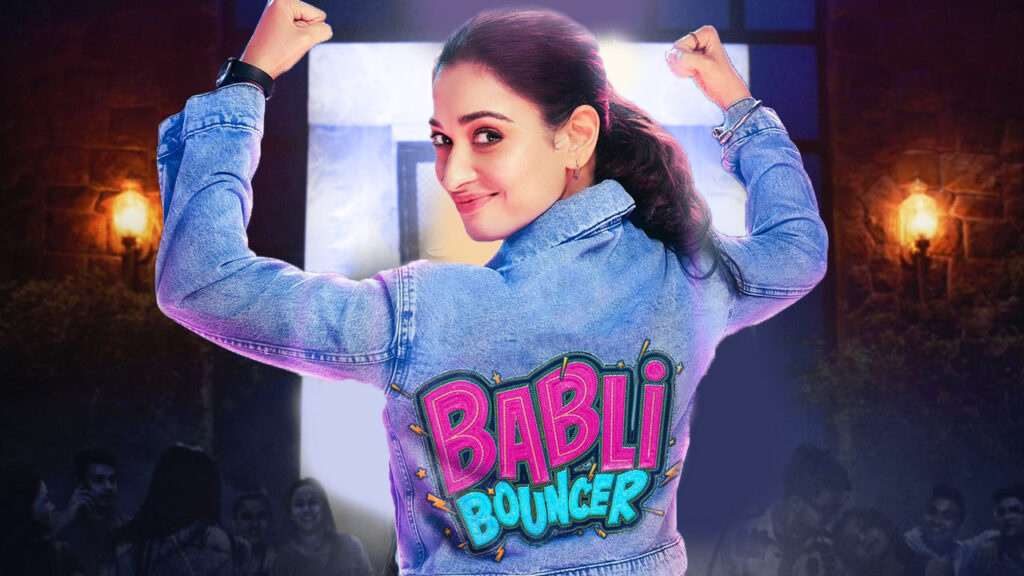 The movie will be available for streaming on Disney+ Hotstar on September 23.

The real budget is not disclosed yet but the expected budget of the movie is less than Rs 20 crores.