Anssumane “Ansu” Fati Vieira famously known as Ansu Fati is a Bissau, Guinea-Bissau-born Spanish professional footballer. He plays as a forward for La Liga club Barcelona and the Spain national team. He is considered one of the best players and the most exciting player in the world. 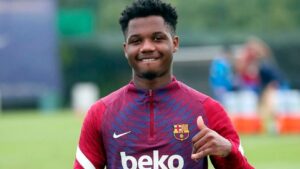 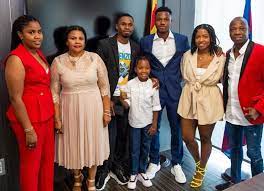 At the age of 6, Ansu moved to Herrera, Seville, Spain with his family when his elder brother Braima Fati was signed for Sevilla. His elder brother Miguel Fati is also a footballer. His cousin Ença Fati is a footballer in Portugal. His Bori Fati is an ex-footballer who emigrated to Portugal. After playing for some time, he decided to move to a small town near Seville, that was offering work to immigrants. Ansu spent most of his childhood in a town named Herrera and started his football training at a very young age.

We haven’t found any data which provides strong confirmation about his girlfriend.

Though he was born in Bissau, Guinea-Bissau, he decided to represent the Spanish national team after gaining Spanish citizenship.

He started his career in 2012 by joining Barcelona’s La Masia at the age of 10.

On 24th July 2019, he signed a contract with Barcelona until 2022. On 25th August he made his appearance as the reserves. He made his first-team and La Liga debut against Real Betis as a late-game substitute for goalscorer Carles Pérez. He became the second-youngest player to debut for the club at the age of 16 years and 298 days.

On 23 September 2020, he was officially promoted to the first team. Later in the 2021-22 season, Barcelona announced that Ansu would inherit the number 10 shirt from Lionel Messi.

After making his La Liga debut, the Royal Spanish Football Federation (RFEF) showed interest in him. Later, On 20th September 2019, the Spanish government granted him Spanish citizenship so that he could be a part of the squad in the 2019 FIFA U-17 World Cup.

On 15th October 2019, he made his debut for the Spain under-21 team against Montenegro. On 20th August 2020, he received his first call for the initial two matches of the 2020–21 UEFA Nations League. On 3rd September 2020, he made his full international debut against Germany. On 6th September 2020, he scored his first goal in his first international start against Ukraine and became the national team’s youngest-ever goal scorer at the age of 17 years and 311 days. He also became the youngest player to start a match in the UEFA Nations League. 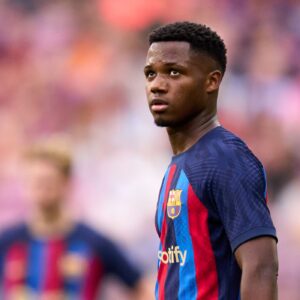 According to a report, Ansu has signed a contract € 100 million contract with Barca. He earns via various ways like event appearances, sponsorships, and endorsements. 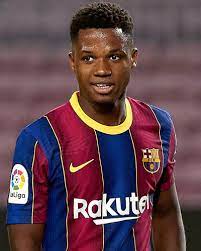