Chemotherapy is the use of drugs, medication, or chemicals to treat disease. Today, the word ‘chemotherapy’ is not often used to describe a method of cancer Treatment. When more than one drug is used, it is called combination chemotherapy.

When a treatment plan includes surgery and /or radiotherapy, it is called combined Modality treatment. In adjuvant chemotherapy, anti-cancer drugs are used to destroy Any surviving cancer cells after surgery or radiotherapy. 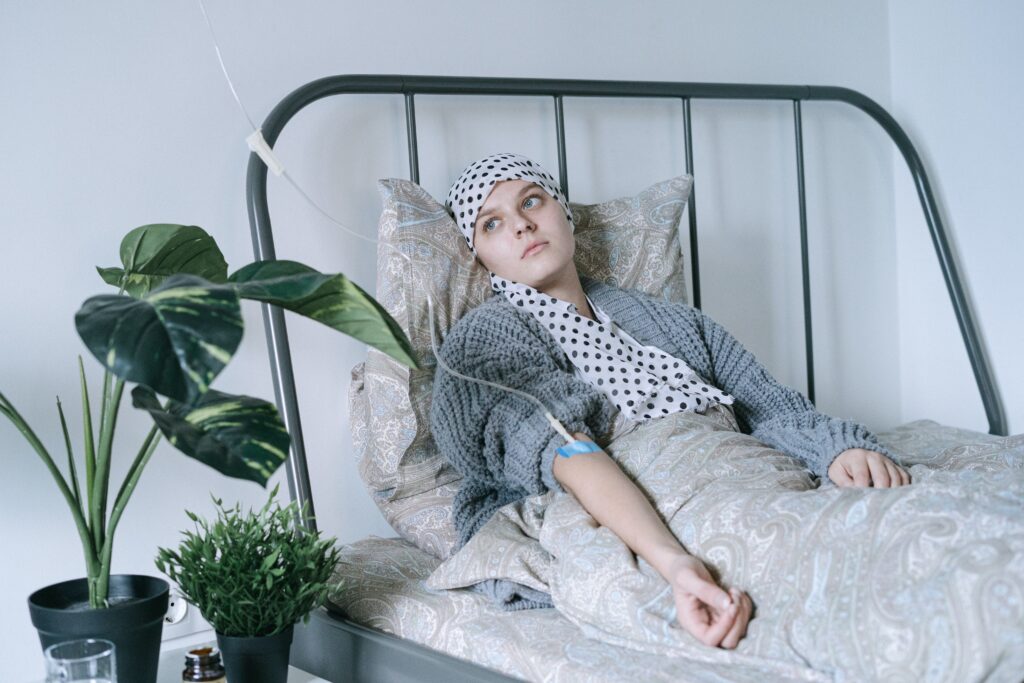 How do anti-cancer drug work?

Chemotherapy act against cancer at the level of individual cells in as tumour. Most cells in the body constantly grow to maturity and divide to make new cells. Cells change and multiply on instructions passed through the cell’s nucleus. Cancer cells lack the control of signals for growth and division because the genetic Material, DNA, in them does not tell them when to stop growing or when to mature.

Sometimes they may break away from their original site and spread to other parts of the body. Anticancer drugs act by disrupting or inhibiting the cancer cell’s ability to grow and multiply. Anti-cancer drugs can affect normal tissue also because they act on any rapidly dividing cells in the body. The normal cells most likely to be affected are those in the bone marrow, gastrointestinal tract, reproductive system, and hair follicles. Most cells are able to recover quickly when the treatment is over.

How chemotherapy is given?

The best way to get the drug to the cancer site depends on the particular type of cancer and the drug combination of drugs used. Chemotherapy may be given by mouth (orally) or injected into a muscle (IM) or through the vein (IV) .at the oncology center; most patients receive intravenous injection of drugs. Once in the blood, an anti-cancer cell as possible. How fast the cells are destroyed may vary with different drugs and several types of cancer.

Know Your Medicines for Common Ailments in India