Maninder Singh is an Indian professional Kabaddi player. He plays for the Indian national Kabaddi team. He is the captain and lead raider of Bengal Warriors in the Pro Kabaddi League. He is considered the top raider in the league. 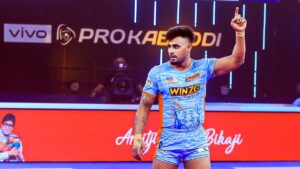 Maninder was born on 31st January 1990 in Dasuya, Punjab, India. He completed his graduation from Khalsa College, Amritsar. He is an Indian police officer and lives in Jalandhar. He is married to Simran Kaur.

He is playing kabaddi from a very young age. He has been inspired by his coach Hanumat Singh who helped him to get into Jaipur Pink Panthers in 2014. 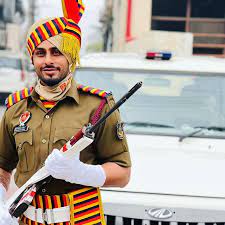 In 2014, he started his career in Pro Kabaddi League. He played for Jaipur Pink Panthers. His team won the season and he became the third-best raider of the season. Sadly, due to his injury, he missed the next three seasons.

In 2017, he made his comeback in the 5th season of the Pro Kabaddi League and was purchased by Bengal Warriors.

In 2019, during the 7th season of the Pro Kabaddi League, he became the captain of the Bengal Warriors. In a match against Patna Pirates, he became the second-quickest raider after Pardeep Narwal (63 matches) to reach 600 points (68 matches) in the PKL. Sadly, after a few matches, he suffered a shoulder injury and could not continue the season.

In the 8th and 9th seasons of the Pro Kabaddi League, he was retained by the Bengal Warriors as a captain. 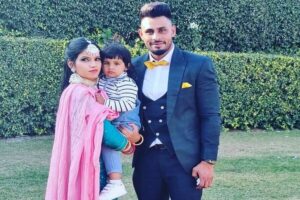 Maninder Singh is earning Rs 87 lakhs from the franchise. 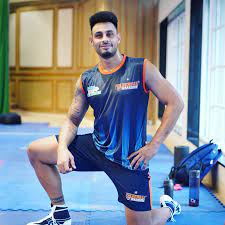