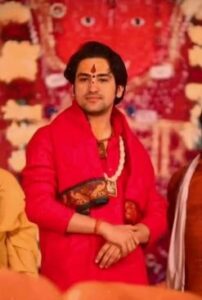 His grandfather had received initiation from the Nirmohi Akhara of Chitrakoot. After which they reached Gada village. Where he got the Bageshwar Dham temple renovated. Dhirendra Krishna’s grandfather also used to hold court here. He had taken ashram sannyas ashram.

Dhirendra Maharaj’s ancestral house in Gadaganj, his parents and one of his younger brothers also live. His father’s name was Ramkripal Garg. who were addicted to drugs. Because of which he did not do much. His mother’s name is Saroj Garg. Dhirendra’s younger brother is Shaligram Gargji Maharaj. That too is dedicated to Balaji Bageshwar Dham.

Due to the inaction of Dhirendra’s father, the financial condition of the family was very bad. There was scarcity of food for three days. The way she used to run the household. There was a small kutcha house to live in. Which used to leak during the rainy days.

Call it Hanuman ji’s blessings, or call it a game of luck. At such a young age, Dhirendra Maharaj has achieved great heights and fame. 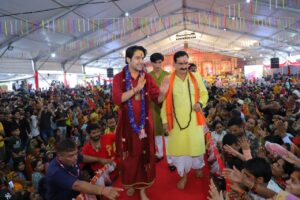 Dhirendra Krishna received his early education from the government school in the village itself. He took education till eighth standard in his village. After which, for further studies, he had to go to school in Ganj, 5 kilometers away. Due to financial constraints, he used to travel 5 kilometers on foot every day.

How Dhirendra Krishna Shastri got Knowledge

Dhirendra Krishna was born in a Brahmin family of Shukla dynasty. Where rituals used to happen from the beginning. His grandfather was an influential saint. Because of which Dhirendra got Guru’s grace since childhood. His grandfather lived in Bageshwar Dham only.

He was born in the same village. Because of which the whole family used to visit Bageshwar Dham everyday. This is also the tomb of his grandfather’s Guru Sanyasi Baba. Sanyasi Baba also belongs to his lineage. Who had taken samadhi 320 years ago. Sanyasi Baba is the spiritual teacher of Dhirendra and his grandfather. 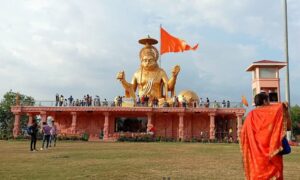 Dhirendra believes that whatever knowledge and supernatural powers he got. All that is the result of the grace of his grandfather and Sanyasi Baba. His grandfather had already left the Grihastha ashram and entered the sannyas ashram. In 2010, his grandfather Setu Lal Garg left his body in Kashi.

Shri Bageshwar Dham is situated in Gada village, just 30 km away from Chhatarpur district, near Ganj. Here there is a temple of Hanuman ji about 300 years old. This is the glory here. That any devotee brings his problems with true devotion. By the grace of Shri Ram ji, Hanuman ji fulfills all his wishes.

The specialty of Bageshwar Dham is that the devotees have to apply here, on acceptance of their application, the Bageshwar government i.e. Dhirendra Krishna Shastri ji without talking to them, mentions their problems on the form of the Dham, after that, from that person, his problems information is taken.

told by him. All the problems are already marked 100% on the prescription. This matter was investigated by big media channels and those who do not believe in religion. But in the end, he too had to bow down before the miracles happening in Bageshwar Dham. 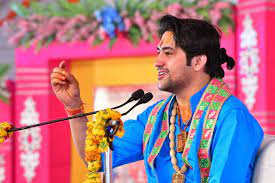 “Sanatan means. which is eternal be true forever. Things that have eternal importance. That is called Sanatan. As truth is eternal. God is the only truth. The soul is the truth. Salvation is also true. The religion which shows the path of truth is eternal.”

“The truth that has been going on since time immemorial. Which will never end. He is eternal or eternal. Who has no beginning. Whose name is the end. That truth is called eternal. This is the truth of Sanatan Dharma. The manifestation of the omniscient, omnipresent and omnipotent element of God means saint.” 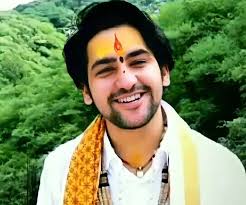 “Saints are omniscient and omnipotent. Those who have achieved unity with God by intense meditation. He is called a saint. Similarly, Bageshwar Dham Balaji Sarkar is dominant on social media. Who is one of the young and famous saints of the country today. Some divine powers are also talked about by associating them with them.”

“Certainly India, the kind of country it is. Here the wonderful nature of the saints and their eloquent speech is definitely discussed. Who belongs to Madhya Pradesh. Bageshwar Dham is near Chhatarpur. to which they are connected. Within no time, he became the talk of the town not only in the country but also abroad.” 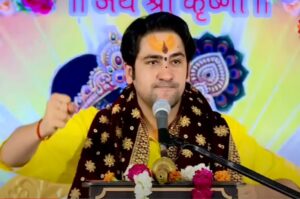 Shastri has been facing allegations of spreading untouchability and making hate statements.

In April 2022, a video went viral in which he said this. In this, Dhirendra Shastri is trying to instigate the people of Hindu community. In aggressive language, they are asking Hindus to buy bulldozers. Asking to take up arms. And, have also spoken a lot. Listen to that first-

The news was published in the newspapers on 26 May 2022. It was about a video of Dhirendra Shastri. A man named Jeevan comes closer to the stage when his name is called. And, Dhirendra tries to touch Shastri’s feet. And then Dhirendra Shastri says,

“Just don’t touch us, we are untouchables!”

Shortly, a colleague of Dhirendra Shastri comes and takes Jeevan a little away from Shastri. This video went viral and many people criticized it as the practice of untouchability. When there was a ruckus, on May 27, 2022, a clarification also came on the Twitter handle named Bageshwar Dham Sarkar (Official). It was written that misleading propaganda was done by posting the edited video. Dhirendra Shastri had addressed himself by saying untouchable.