Charles Gurumukh Sobhraj Hotchand Bhawnani was born 6 April 1944 is a French serial killer, fraudster, and thief, who preyed on Western tourists travelling on the hippie trail of South Asia during the 1970s.

He was known as “the Bikini Killer” due to the attire of several of his victims, as well as “the Splitting Killer” and “the Serpent”, due to “his snake-like ability to avoid detection by authorities”. 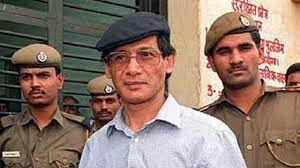 It is thought that Sobhraj murdered at least 20 tourists in South and Southeast Asia, including 14 in Thailand. He was convicted and jailed in India from 1976 to 1997. After his release, he retired, promoting his infamy in Paris.

Sobhraj returned to Nepal in 2003, where he was arrested, tried, and received a life sentence. On 21 December 2022, the Supreme Court of Nepal ordered his release from prison because of his old age, after serving 19 of 20 years of the sentence. 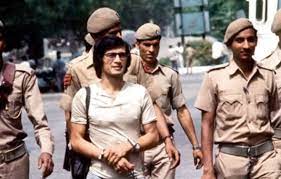 Described as “handsome, charming and utterly without scruple”, he used his looks and cunning to advance his criminal career and obtain celebrity status. He also enjoyed his infamy.

Sobhraj was born in Saigon to an Indian father and Vietnamese mother. His parents were never married and his father denied paternity. Stateless at first, Sobhraj was taken in by his mother’s new husband, a French Army lieutenant stationed in French Indochina. There he felt neglected in favour of the couple’s later children. Sobhraj continued to move back and forth between Southeast Asia and France with the family.

As a teenager, he began to commit petty crimes; he received his first custodial sentence for burglary in 1963, serving his sentence at Poissy prison near Paris. While imprisoned, Sobhraj manipulated prison officials into granting him special favours, such as being allowed to keep books in his cell. Around the same time, he met and endeared himself to Felix d’Escogne, a wealthy young man and prison volunteer

In 1973, Sobhraj was arrested and imprisoned after an unsuccessful armed robbery attempt on a jewellers at Hotel Ashoka. Sobhraj was able to escape, with Compagnon’s help, by faking illness, but was recaptured shortly thereafter. Sobhraj borrowed money for bail from his father, and soon afterwards fled to Kabul. 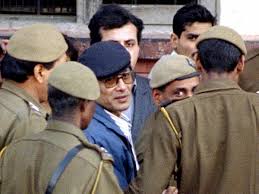 Sobhraj spent the next two years on the run, using as many as 10 stolen passports. He passed through various countries in Eastern Europe and the Middle East. Sobhraj was joined by his younger half-brother, André, in Istanbul. Sobhraj and André became partners in crime, participating in various criminal activities in both Turkey and Greece. The duo were eventually arrested in Athens.

Sobhraj was born in Saigon to an Indian father and Vietnamese mother. His parents were never married and his father denied paternity. Stateless at first, Sobhraj was taken in by his mother’s new husband, a French Army lieutenant stationed in French Indochina.

There he felt neglected in favour of the couple’s later children. Sobhraj continued to move back and forth between Southeast Asia and France with the family.

In 2010, he married his Indian-Nepali interpreter, Nihita Biswas, in prison. The daughter of his lawyer, she was 20 years old and 44 years his junior. One of the prison staff told Paris Match in 2021: “It’s a legend; there is no proof of their union”. She told the media that his gaze and his eyes were mesmerizing and that his French charm had done everything; in 2017, she donated blood to save him during an open heart operation. 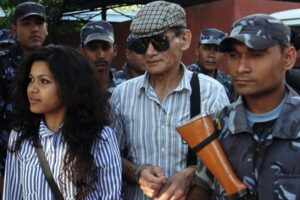 With Laurent and Connie’s passports, they went to Thailand. Upon his return, Charles found out that he was being suspected by his family members (Yannick, Jacques, and Rennelleau) after they discovered Pattaya victims’ documents at Charles’ apartment. His companions reported Charles to the police. Charles, along with Leclerc and Ajay, fled to Calcutta, India, where his next victim was Israeli scholar Avoni Jacob. Using Avoni’s passport, Sobhraj moved first to Singapore, then to India, returning to Bangkok in 1976. In Bangkok, Sobhaj was interrogated for the Pattaya murders but not charged; reportedly, Charles was not charged because authorities feared that it would affect the tourism of Thailand. At the same time, Dutch diplomat Herman Knippenberg and his then-wife, Angela Kane, were investigating the Pattaya murders and suspected Charles. Kippenberg built a case against Charles and after a month-long investigation, full evidence of murder and drugging was found against Charles. 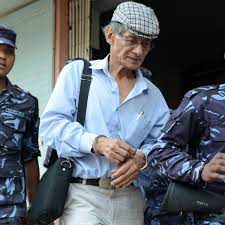 Herman Knippenberg and Angela Kane in 1975

After Bangkok, the trio (Charles, Ajay, and Marie) moved to Malaysia, where Ajay was sent to collect gemstones. Ajay was last seen delivering gems to Charles and none of his remains were found; a source later claimed to have seen Ajay in West Germany. It is believed that Charles murdered Ajay to continue his journey to Geneva to pose as gem dealers. Back in Bombay, Sobhraj wanted to build a new criminal group; he started by employing Barbara Smith and Mary Ellen Eather in his gang.

His next victim was a Frenchman named Jean-Luc Solomon, whom Charles’ intended to rob in a South Delhi hotel but died due to poisoning. In July 1976 in New Delhi, Sobhraj and his three-women gang (Marie, Eather, and Smith) were arrested at a hotel after three postgraduate students (from a group of French postgraduate students) reported them, seeing their comrades falling unconscious by the drug that was given to them. The three students overpowered Charles and the women and helped in his capture. During interrogation, Smith and Eather confessed everything, and the four criminals were sent to Tihar Jail in Delhi.

Kathmandu: Charles Sobhraj, a Frenchman of Indian and Vietnamese parentage, will spend one more day in Nepal’s prison as the immigration authorities on Thursday expressed their inability to arrange accommodation for the notorious serial killer who is expected to be deported after his release on the orders of the apex court. 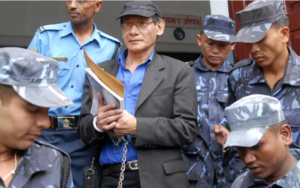 “Though everything has been cleared for his release from jail, he has to be handed over to the Immigration Department. The immigration authorities have requested to postpone his release till Friday as they need preparation for his accommodation,” said his lawyer Gopal Shivakoti Chintan.

Nicknamed “the Bikini Killer” and “the Serpent” due to his skill at deception and evasion, Charles Sobharaj was serving a life-term in the Kathmandu jail since 2003 for the murder of American woman Connie Jo Bronzich in 1975 in Nepal.

In 2014, he was convicted of killing Laurent Carriere, a Canadian backpacker, and given a second life sentence.

A life-term in Nepal means 20 years in jail.

The order by the division bench of Nepal’s top court came after Charles Shobraj filed a plea claiming that he was put in prison more than the period recommended for him.

There is a legal provision to release prisoners who have completed 75 per cent jail term and showed good character during imprisonment.

Charles Sobhraj through his petition had claimed that he had completed his jail term as per the ‘concessions’ entitled to senior citizens of Nepal.

He claimed that he had already served 17 of the 20 years of his sentence and had already been recommended for release for good behavior.

Charles Sobhraj was spotted in a Kathmandu casino in August 2003 and arrested. He was slapped with a life sentence for the murder after a trial.

Some Interesting Facts About Charles Sobhraj