Jake Paul is an American professional boxer and social media influencer. He is worldwide famous for his content and fashion style. He became famous on Vine. Later, his fame rose due to the role of Dirk Mann which he played on the Disney Channel series Bizaardvark for two seasons.

Jake was born in Cleveland, Ohio, U.S. on 17th January 1997 to Pamela Ann Stepnick and Gregory Allan Paul. He has an elder brother name, Logan Paul, a YouTuber, social media influencer, and wrestler. 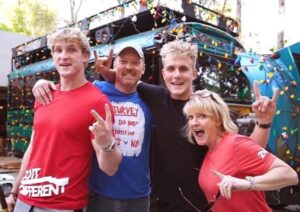 On 5th November 2022, he made his WWE appearance in Crown Jewel 2022 pay-per-view during the Logan Paul and Roman Reigns match for WWE Universal Championship Title. 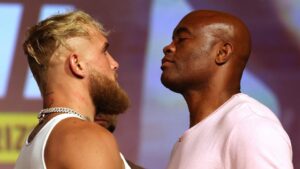 Jake started his career in September 2013. He posted his first vine on this day. Later, when Vine was taken down by Twitter Inc. Jake started his YouTube channel on 15th May 2014. His channel was famous for pranks, controversies, and his hip hop music. Due to the fame, he generated, Jake fetched the role of Dirk Mann which he played on the Disney Channel series Bizaardvark for two seasons.

In 2017, he launched his media company, TeamDom, on his 20th birthday

Jake releases many of his new songs very frequently.

In 2021, he founded Most Valuable Promotions (MVP) with his adviser, Nakisa Bidarian.

In May 2022, he founded a sports media and mobile betting company, Betr, alongside Simplebet founder Joey Levy.

In July 2019, Jack married his fellow YouTuber Tana Mongeau but they never obtained a marriage license. As a result, marriage was not legal. But sadly, in January 2020, the couple decided to break their marriage and chose to go different ways. 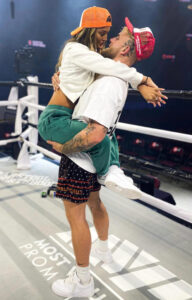 According to a report, Jake has a net worth of   $17-30 million. In 2020, Forbes announced that Jake earned around $38 million from boxing in 2021 which made him the 46th highest-paid athlete in the world during that period.